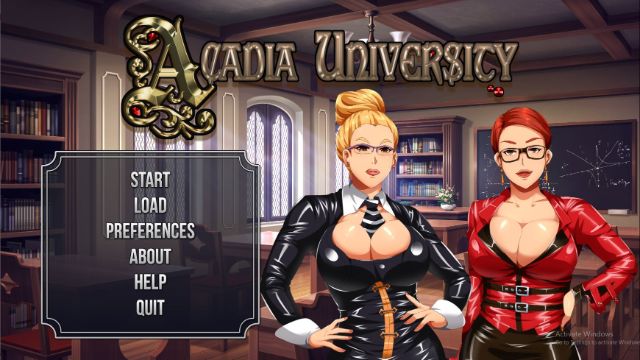 You have recently been accepted into Acadia University; a prestigious all-male school known for its stellar education system. The school is highly exclusive with a worldwide reputation; just getting accepted is a prestigious accomplishment! Graduates go on to great things and become influential members of society.

You are, however, less than thrilled…Acadia was not your first choice of schools, but your parents demanded you apply after strictly forcing you to study your ass off. After they contributed some “donations” to Acadia, you were accepted. You’ll be expected to study even harder and perform well, especially for what the cost of tuition is and the reputation behind the school.
What you (and your parents) don’t know is that the entire school is run by a kinky, dominant female faculty that excel at whipping young men into shape. There’s no one better to focus all that horny energy into something productive, and these women can be particularly persuasive in getting their boys to learn and behave.