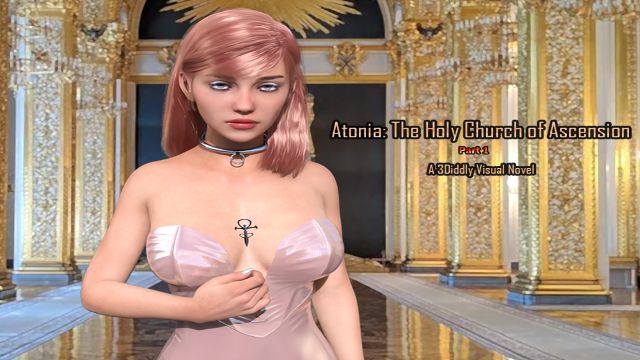 The game is set in a bleak future in the 3Diddly world. The game begins when the player and his girlfriend (names customizable), have decided to migrate to a bigger and safer city to start a family. The city is deeply religious, and catches the young couple off guard. What ensues will bring them both spiraling down an endless abyss…

The Atonia visual novel series will induce jealousy, angst, and other strong emotions. The player will also feel a high degree of perceived injustice, meaning the visual novel is a no-win situation. There is no way to avoid this.
If you do not like these types of games, or have never tried any of my other games before, the Atonia series should be skipped.

This visual novel is the first part of two, but is also a bit longer than Atonia Blues.

Download files for Atonia: The Holy Church of Ascension