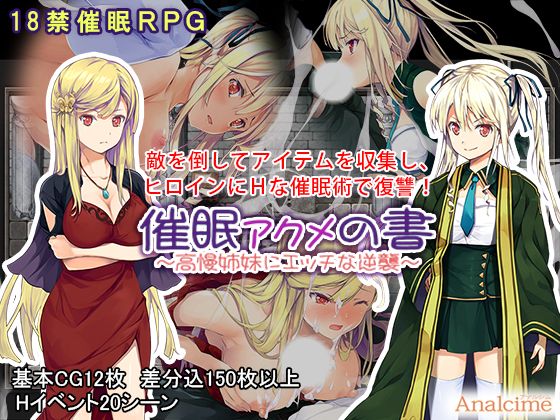 Euphorbia Magic Academy, a magic school where those with outstanding magic potential can enroll.

People held high expectations for the protagonist Roy Brind, but his lack of development leads him to be treated as a dropout.

Emilia, Roy’s classmate with top class magic, treats Roy as her servant
and Diana, Emilia’s elder sister and chief director at the academy, outcasted him.

However, Roy obtains a book of hypnosis
and his (sexual) revenge against Emilia and Diana begins!

Emilia’s elder sister and the young chief director of the academy.
Although she is inferior to her younger sister as a mage, rumor states that she obtained her position through her beauty and political power.
Strict to others, she makes merciless decisions at times.
Married.

* About the save data
Though it is planned to that the same save data will be usable after version updates
But we apologize in advance if this is not possible.