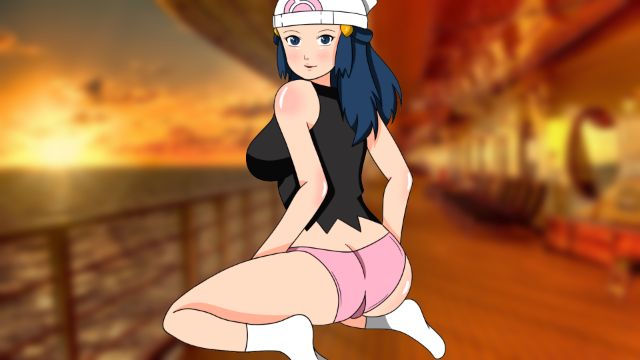 You were invited to attend an academy in Unova that you didn’t apply for, when arriving you find out this academy is an all girl’s school and have no idea why you were asked to attend. You notice that some things are not what they seem and try to figure out the mysteries that are within the school, while also gaining some interesting powers along the way. What is it you hope to find while spending time there?​

Bugfix – There was a bug where in Side Stories, where if you are waiting days for the next event to start and you wait more than required; the event wouldn’t start. This would be a problem if you were playing other characters side stories to pass the time, but accidentally surpass the due time.

v0.6
This update is focused solely on Kris, it is a complete route from beginning to end. There will be more for her in future updates, so this isn’t the true ending to Kris’ story.

Scenes – There are three main scenes, all with variations. Not just that but there are also action two scenes that were added. The action scenes were more of a test to see if I could do them and I think I did well with them.

H Content – This falls into the previous one but there are two main H Scenes with variations and one lewd scene as well, Kris also now has a naked sprite added to her. Both main H Scenes are repeatable.

Chapters – There are 9 story parts to Kris’ story with more soon to come.

Also for the action event, I have added quick time events to combat. I hope to flesh this out more in later updates because I think it would add so much more to gameplay.

This update is just a reconstruction of Side Stories, it makes it into more of a sandbox and gives you more to do.

Characters – Mallow was added to run a shop in town, this will be for getting items that will raise affection towards certain girls. Some girls don’t require gifts and only require you spending time with them.

Not just that but in later updates you will be able to buy special items for a certain event that will happen later as well.

Other Stuff – To continue character’s stories, you will need to raise either affection, a certain attribute or both. Sometimes you will need to have a certain item. I plan to make a walkthrough for those who need it, but that will be for when Side Stories gets a little bit bigger.

To avoid any bugs, you should restart your Side Story save.

v0.5
This update is probably the biggest one I have done so far for this project as a whole.

-Chapter 3: Chapter 3 of the main story has been fully implement for you to read.
-Side Stories: Five new story parts were added and a new character was added. Willow’s second Side Story part was changed slightly at the end. This is to give the characters a properly written story and personality.
-Characters: Six new characters were added to the story. Almost all characters have been redrawn (again) to fit the new art style.
-Scenes: There are 5 new lewd scenes added, three are redraws of the first 3 Dawn scenes.
-GUI: The GUI has been completely reworked along with new main menu art and also a temporary splash screen at the start of the game.

This update while was the release of Chapter 3 was also an overhaul as well, there will be other changes like this coming in the next few updates.

Love and Slave routes are now a new element added to the game and will be also apart of the main story in future updates.

v0.3
-Five New Scenes- Two are regular scenes while the other three are H Events. One H Event is in Side Stories.
-New Chapter- Chapter 2 Is now available for you to experience.
-New Characters- Five new characters were added into the story.
-Side Stories- Green now has a route in Side Stories, it’s only one part since this update is more about Chapter 2
-New Character Art- Dawn, Sapphire, and Green all have new sprites
-Character Changes- Leaf has now been changed to fit her manga design, along with her name being changed to Green.
-Bugs- Old saves may cause some bugs to happen so it is recommended you start a new game. This is due to some file changes.

v0.2
This is just an update to fix a few issues that were present in the previous version.

-Dialogue-
Some dialogue fixes when it comes to grammar and also fixing the problem where the main character’s name is Tom when that isn’t the name the player input.
Thanks Emelex for the slight grammar fix, much appreciated.

-File Size-
Originally the file was around 700 mb this was because of the music in game and me making the songs an hour long, I removed all the songs except for two because it is hard to find songs that would best fit the story and it keeps file size down.

-New Game Mode-
So I know people want to probably focus on one girl’s route or do your own thing without following the story, well I have got a surprise for you! Introducing Side Stories. This mode will have separate routes for each girl either in the main story or not. Nothing is in the mode yet but you can get more information when selecting the mode on the main menu.