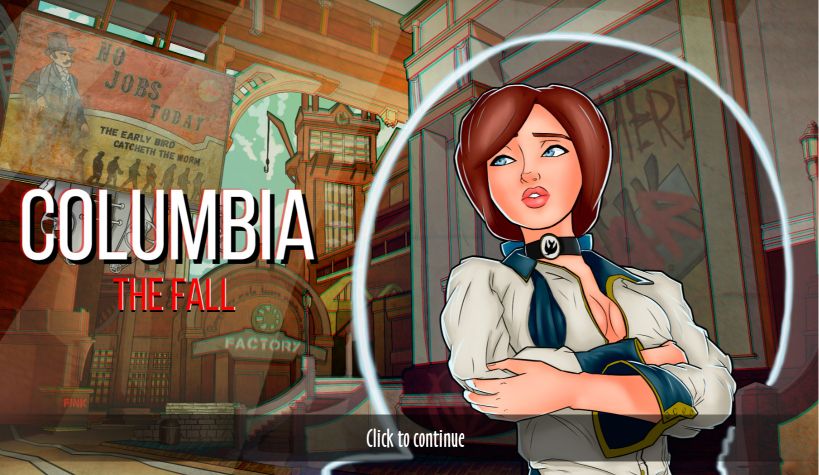 Columbia is visual novel, an adult parody on Bioshock game series. Follow Elizabeth in her adventure and help her visit to Paris – the city of her dreams.
Elizabeth is a young woman who has been imprisoned in Columbia’s tower since childhood. She is claimed to be the daughter of Father Comstock, the founder of Columbia, and heralded as the proverbial Lamb that will inherit the city. She has been kept under observation in a well-furnished cell and all she knows about the world are her rooms and her jailer, a massive creature known as Songbird. By an accident she got a chance to escape… to Columbia in another dimension. In that dimension she can feel free and enjoy all aspects of new life. But new dimension has one unusual feature…​

v0.11
Old saves won’t work – we will resolve this problem to next update (0,12). It should be fixed, while game is not big (cause it’s awful to start new game every update).

v0.12
1 new scene with Prometheus
Scene in church with lewd crowd, when Elizabeth serve as nun (with progression)