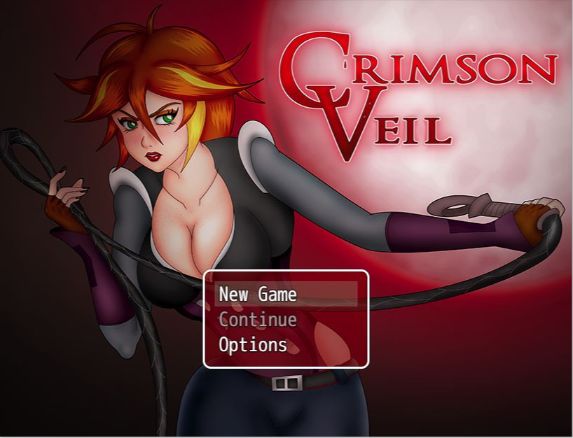 You play as the vampire hunteress Mila, completing hunting contracts to earn gold for your organization and defeating the hordes of the undead while avoiding getting turned into one yourself! Each monster encounter will require preparation. Upgrade yourself by visiting shops, raising your hunter rank and interacting with the world around you.​

•First half of chapter 5 added.

•“Mind’s Eye” item now gives data on all enemies in a battle.

•Bomb, Cross, and Axe skills have been adjusted.

•Dorian Quest can now be completed and boss fight has been rebalanced.

•Light Skills now have their own menu.

•Total amount of save slots increased from 30 to 50.

v3.3.1
•LP generation adjusted. Minimum 5 LP gained each turn regardless of damage taken.
•Battle Results screen updated. No longer displays EXP.
•Fixed bug where scenes involving Sybille were not playing as intended.
•Cutscene near the end of chapter 2 has been updated to run better with speed up functionality.

v3.1
•New Contract added, including the new town, Ilbrooke.
•Bianca’s Diary prequel story was added.
•Quest Journal added to the menu.
•Ability to speed through dialogue with “PGDN” key (Some events may not run as intended.)
•Changes to Battle UI.
•Faye Boss battle updated to better work as intended.
•Additional Illustrations added for Faye and the Librarian character.
•”Weakened” state now lasts 4 turns. Higher levels of the “Dagger” skill inflict more potent “Weakened” states.
•Weather effects now appear in battle.
•Vampire Mila no longer has an LP Gauge.
•Buffs and Debuffs now have an indicator to show how many turns remain.
•File Select screen now displays more game information.
•You can now load a different save without returning to the title menu.
•Chapter numbers appear at the beginning of each story chapter.

v3.0.1
Fix to Viviene’s Bad Ending where the player would get stuck when approaching Maria in a cutscene.
Viviene’s Boss fight has been redone.
Fix in the Blood Temple where player could walk through the railing leading to the basement area.
“Sacred Whip” starting weapon damage increased slightly.
Fix to a cutscene in Noctorna HQ with Amber which replays if you are holding the reseach notes.
Fix to certain items not being removed from inventory when starting vampire route.
New optional dialogue with Dorian directly after speaking with Dealer.
Casino Slot Machine odds have been adjusted to be easier to win coins.
Amount of Casino Coins needed for side quest has been reduced to 500 from 1500
Winning at blackjack now has a higher payout. 1200 coins from 500.
Minor Bug fixes and spelling errors fixed in certain areas.

v3.0
New Story chapter added.
Fallholt area added.
Casino area added.
Slime cave area added.
New cutscene occurs the first time entering Abelleth Village that more clearly tells the player to speak with Alaexa before unlocking the contract.
Pic 17 can now be unlocked in the Picture Gallery even if Bianca has been killed.
Certain character graphics/sprites have been updated.
Nine additional images have been added to the Picture Gallery.
Contracts that have been completed now have a sparkle above them in the contracts room.
General Stores now carry a set amount of Ammo Pouches to sell.
Lab Master Key from Ch1 is now discarded after it is used on the door and chest.
The vampire route is now accessed during the events of chapeter 3 after meeting with Dealer.

v2.4
– Bookworm/Bianca and Iris’ Bad Endings have been updated.
– Two new Hunting Contracts have been added.
– 2 Vampire Hunter enemies have been added to the Vampire Route. Alyena can be found in the Rotten Grove Cemetery and Johannes can be found in the Rotten Grove Grotto.
– Eight additional images added to photo gallery.
– Bug fixed which allowed players to purchase Laurels in the flower shop without any gold.
– Bug fix which prevented the player from saving after using the “Invoke Fog” skill.
– “Guard” skill has been adjusted. Reduces more damage, protects against more ailments including “Vampire”, increases LP charge rate when taking damage.
– “Summon Bat” skill has been updated. It now hits 7 times, with a fixed HP damage. No longer drains HP.
– Leveling up with Faahlda now fully restores Mila’s HP and SP.
– Ghouls now appear in the mountainside area after completing chapter 2.

v2.3
•Vampire route is now accessible after completing chapter 2. Speak with the bald man in South Mor Town to begin!
•Five additional images added to photo gallery.
•Bookworm/Bianca can now be fought in chapter 1 without any penalty of accidentally slaying her. Option to slay is still available.
•New enemy type: Vampire Maid
•Additional items, equipment, and skills have been added.
•Pet system has been added in the vampire route.
•Sound effect tweaks in certain scenes.
•Character profiles added in status menu for all party members.
•Stat growths for Mila have been adjusted.

v2.2.1
•Gallery Pic 8 art has been updated
•Fixes to progression in certain contracts.

v2.2
•Two new Hunting Contracts have been added.
•One new Non-Hunting Contract side quest available in South Mor Town from NPC after the end of chapter 2.
•Ten additional images added to photo gallery.
•The Rotten Grove expanded.
•You can now read through Mila’s diary without triggering a bad ending.
•New enemy type: Nosferatu.
•Flower Shop Laurels now have a stock of 5 per Laurel
•Eastern Overworld is locked until end of chapter 2.
•Librarian scene in chapter 1 redone. New art has been added as well.
•Difficulty of Librarian and Bookworm battles have been adjusted.
•Whip Upgrade store has been expanded! New whips are available as well as a place to purchase Silver Ore.
•Selling items now possible at a store found in the Eastern Overworld (Abelleth Village).
•Transformation sequence added when dying from vampirism in the Overworld.
•Liquid Silver and Dagger skills now inflict “Weakened” state instead of lowering all stats.
•The level at which certain skills are acquired has been changed.

Save data is already included with the download, however during my testing I found that placing an older saves folder into either the www folder (Windows) or Resources folder (Mac) will carry over save data to the new version. If you would prefer to play with your own save data, you can do that. If not, four saves files are already included.

What a gem I just found. (I came looking for hot content and ended up stuck with such a good story, so underrated this one.)

Knight of the Lust Temple v0.2

Stranded on an Island With Mommy [Completed]