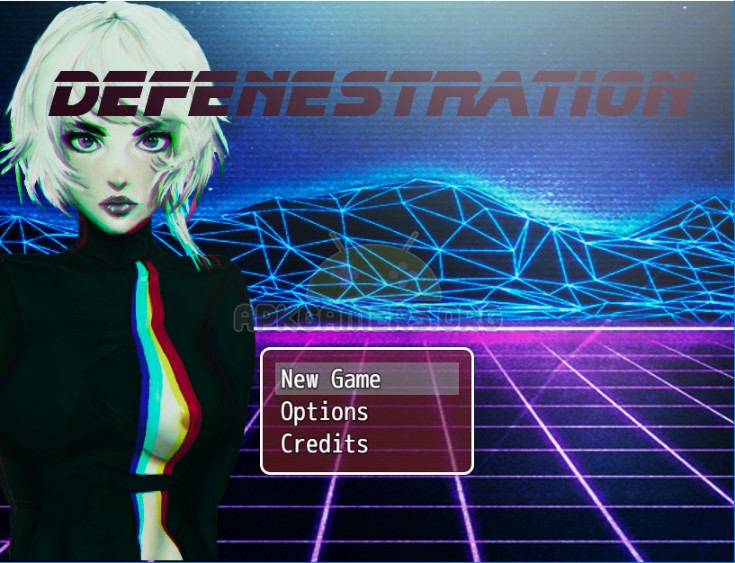 Defenestration APK Android Port – “Defenestration is set in a futuristic soviet union, the player takes up a role of Kira, young promising girl fresh out of school. Help her get on her feet in unfamiliar megapolis, dealing with various day-to-day problems and different characters. Some will try to help you, some to corrupt you (mainly the second one).”
“The game is planned to be choice based and semi-open worlded. Which means no combat system. Current version has at least five hour of gameplay.”​

v.0.4.3
Save files will work.
It has an event that kickstarted this whole rework process in it, you will be able to see your outcome from it after the rework will be finished. It’s intended to be right at the end of the “New You” questline, but for now it will be just accessible in there, talk to the doctor at “New You” and you should be good to go.
There might be bugs and I am still not done with the art, especially hair and expressions. I had to cut some corners in order to release it now, so keep in mind that this event might also be changed after the rework.
Major:
This update has a lot of art and the longest event up to date, you will be able to choose from Bimbofication, Slutification or you’ll be able to customize her completely by choosing whether or not she will become dumb, pink haired, busty or have enlarged lips.
For the last options you’ll need to interact with five objects within this event.
We’re currently busy with the rework, and this is step one out of three.

v0.4.4
New “Legion” Event;
Preview of our new dialogue system:
Lust is primarily responsible for her H-events talk, while intelligence controls her overall speech, the do occasionally interact with one another (if possible). In this new event and in a “buildup” for it, you’ll see this system at work. It will be implemented everywhere in our next update.
Above 50 Lust – Kira will speak differently in H-events;
Below 0 intelligence – Kira will speak differently everywhere else;
There is now a loading screen, as a quickfix to one particular bug, we will try to deal with it in the next release.
Requirements:
For new event – Complete Legion’s first quest “80085” and then sleep.
If you’re not familiar with his first quest – You need to use the boat at rebel’s base – Enter one of the buildings in there – Use a “machine” in said building (it has a star near it) – click on “memory” (you’ll see red code on your screen, that means that the quest has started) – Use subway thee times – Sleep.
To quickly get negative Int and/or high Lust – use the usual trashbox in residential areas subway. I’ve attached a screenshot, just in case.
This is yet another relatively small update, because we’re currently redoing everything. This event will also be somewhat changed in the rework and next update will break your saves.

v0.4.5a
Welcome Party:
Greetings! We’re still extremely busy with our rework update. To buy ourselves more time and continue working on it at peace, we’ve decided to release this stand-alone party quest. It will be included in the main game this month, but, for now, you can play it separately with a “clean” Kira (no mental or physical changes).
Your saves won’t work, because they are not needed for it. It only has new content, nothing else.
Welcome party
– two events.
– new book at the library
– some new character art
– party quest.
Note: It ends with the “roof” event. This quest has its own intro and some placeholder character art, which I will change in time. On top of that, we’re still doing our rework, so everything is a subject to change.

v0.4.7b
This update focuses on fixing what we knew – bugs, unintuitive quests and art in some events
– Fixed crashing issue (hopefully);
– Started implementing “night” to the game – use a dorm alarm clock.
(So far you can only steal liquor for Party Quest as an alternative way of starting it, and there’s a small interaction at the gym);
– Added information on how the “night” will work to the first interaction with an alarm clock;
– Small interaction at the church that can also lead to your arrest, or it can give you minor boosts (one time deal);
– Edited the artwork for the following events (basically half of our events were changed in some way – 197 pictures):
New You “dream”;
Party quest Katya version;
Party quest Tolstoy version;
Katya pole event;
Chief Officer events (all 4 of them)
Intro Breast enlargement event;
New You Breast enlargement event;
Prison shower event (first half)
(Every “other” event that uses Kira’s frontal face – Red Kira etc.)

v0.4.8
-New village/town – Vivarium.
-New quest.
-New outfit and its revealing version.
-Four new characters (Including a historically accurate character art for “Napoleon”.)
-Two new fetishes that will affect the game overall – Pregnancy and lactation.
-“Personality test” to turn them on/off.
So far they partially change the narrative of the quest, appearance of one of the characters and add one extra event specific for “lactation” (uses the same art, so it’s fair for all routes and preferences).
-Kira’s character artwork was partially re-coded to support new changes.
-Word-building mini-events
-Character art of “imperator” was added to the groping system and immediately used for “sexposition” (mini groping event).
-One new event at the church for everyone (text adjusts to turned “on” fetishes) and one lactation related event that uses the same artwork (co-written by Lostraven).
-The overall script for all routes is 182 pages long.
-Prison outfit can now be found in the dumpster near prison.