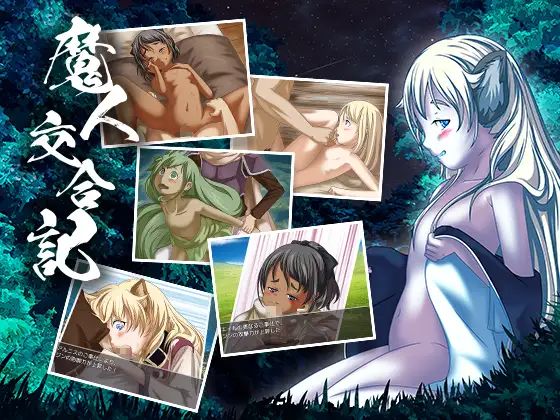 “Are you willing to take the world with me and become a demon king?”

A man “Jin” who became a demon by a contract with his daughter “Arnis” who claims to be the grandson of the once destroyed demon king.
He gained the ability to gain immense power by signing a contract with someone with magical powers.
The contract method is … “Fucking”. By making a physical contract, Jin becomes stronger.
What is the fate of Jin who seeks power and a woman?