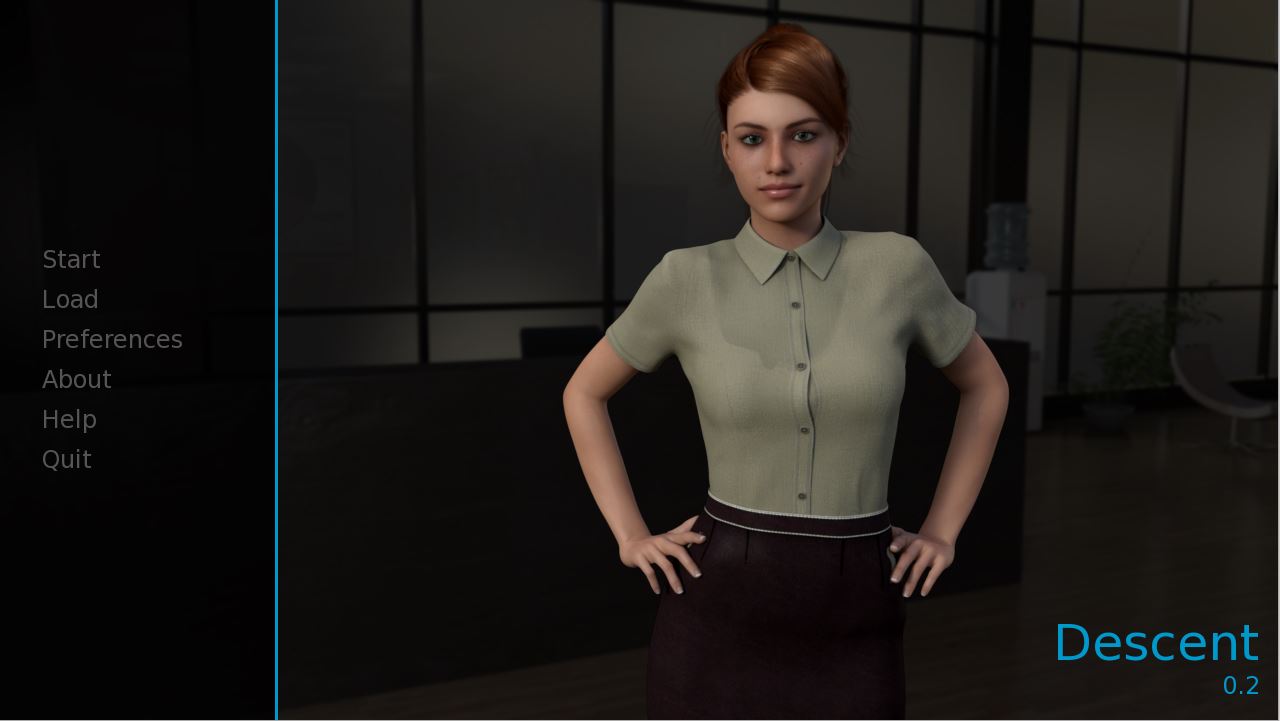 In “Descent”, you take on the role of Christine Porter, a recent law school graduate starting an internship at a big city law firm. Your goal in the game, is to do well in the internship and to be kept on as an associate at the law firm. Not surprisingly, there will be a number of obstacles in Christine’s path, which she must overcome in order to reach that goal. On various occasions, Christine may be forced, or may choose, to compromise her ideals in order to get ahead. It’s up to you.​

v0.4
– Chapter three has been added
– The final scene of chapter one has been changed to provide additional choice (this will break saves after this point)
– Some minor changes and corrections have been made to the text throughout

v0.5
– Chapter four is added
– Some minor changes to dialogue, nothing that should break a save

v0.6
– chapter five has been added
– some minor changes to dialogue (nothing that will break any saves)
– Spoilery warning: some decisions at the end of chapter give might result in the internship being terminated early in chapter six. Best have a save or two in place.

v0.7
– Chapter six added
– Minor dialogue changes to earlier chapters (nothing that should break and saves)
– In addition to sound effects, the following chapters include some music cues. It’s best to play with some sound

v0.9
– Chapter eight and epilogue are added
– Minor dialogue changes, nothing that should break a save
– FYI, chapter eight has some music, so should be played with the sound on

v1.0
– Mr. King will now only make a job off if Christine does not otherwise have a position
– Minor grammar and typo corrections, nothing that should break a save.