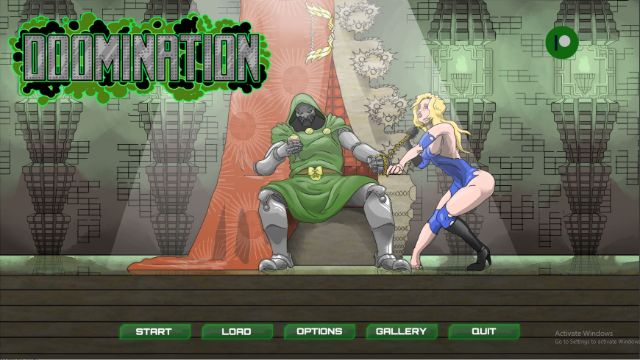 Doomination is a comic-based parody point-and-click visual novel game.
Doctor Doom, having been one step away from realizing his dream of becoming the ruler of the world, is now defeated and deprived of his powers and knowledge. To his aid will come a mysterious witch named Ratri who will awaken in him the ancient power of the conquerors: Dominium. Desiring revenge and world domination, he will sting an alliance with Ratri and his plan of conquest begins.​