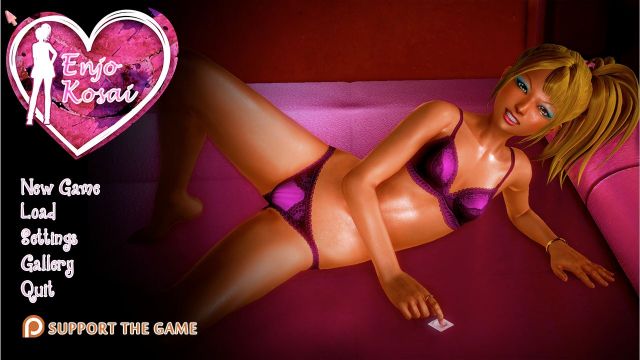 “Postmodern life can be difficult and tiring, and the overcrowded streets of nighttime Tokyo do nothing but make it worse. Get inside the skin of this extremely average office worker who is just done with it all. Join him as he has a fateful encounter with a sailor uniform-clad savior, and decide on how his one night stand-slash-therapy session turns out! Get different endings based on your choices, and even your performance on bed! Will your nightly adventure end with a new special friend, or with an empty wallet…?”

“Enjo Kosai” is a short and straightfoward adult game with a focus on writing that serves as an introduction to the work of Lemon Mint Soft. It is what I like to call, “a Japanese-styled visual novel made for the western audience”. It will be released in full very soon, so look forward to it!

Every Day Is More Incredible than the Previous [Final]