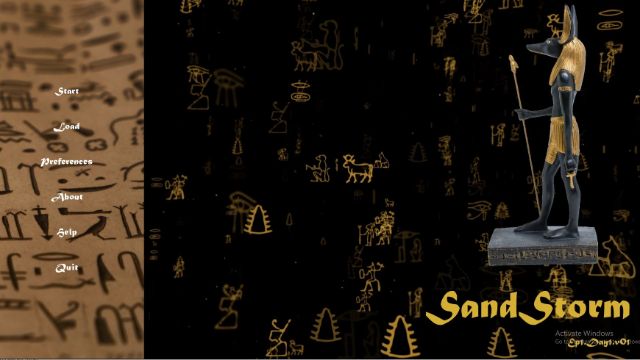 Far in the North, surrounded by lakes, mountains, and forests, three clans are coexisting in the strange village of Njardarheimr: the Hvitr Ulfr (White Wolves), the Myrk Hrafn (Dark Ravens), and the Bloba Bjorn (Bloody Bears).
Those clans are so different, nothing seems to bring them together, but when facing greater danger, they become the mighty Vikings.
This epic adventure in the Northern lands will let you explore the ancient Norse mysteries, make important decisions, fight for your survival and meet a lot of beautiful girls. Whatever the path you choose, only the most determined survive.

2022-05-10
v0.9.5b:
Beta version without proofreading
Contains the following endings (A, B, D, E, M) following Maddie’s and Evil’s paths
No content for Rion and Nora in this release

2021-11-06
v0.8:
This action-oriented update brings you to the middle of the 4th day with very different paths.
Complete rework of the Music Room with 80 songs to unlock divided into 4 themes
New feature: Replay Room, to review/replay important scenes and animations
Gallery updated up to v0.8
350 new renders
4000 new lines
4 new animations
6 different paths/endings

2021-07-15
v0.6:
This update is mainly focused on the main story with a few revelations (mostly Maddie/Priestess) and a few lewd scenes (mostly Rion/Nora).
Note: The route where you follow the priestess is short in this update on purpose, to not reveal too much mystery compared to the other routes. You can expect bigger content for that specific route in the following update.
275 new renders (total 2600)
2800 new lines (total 21800)
A few new animations (total 45)
A few new soundtracks (total 90)
The font has been arranged to be easier to read.
New end screen with hints

2021-04-30
v0.4.5:
This update will complete the second night with several scenes with Tal, with multiple outcomes, and then will bring you to the morning of the third day. There is also 2 bonus flashback in Maddie and Rion routes, and an action scene to announce the start of another epic day.
175 new renders
1200 new lines
A few new soundtracks
Introduction of a new parameter: your evilness level.

2021-04-05
v0.4:
This update will bring you to the middle of the night of day2 and is mainly centered around the relationships with the girls.
6 new lewd scenes
10 new animations
300 new renders
2500 new lines
A few new soundtracks + introduction of lewd sound effects during some scenes
Updated gallery
Introduction of 2 new parameters: Lust Level and Romance Level.

2021-02-14
v0.3 final
This update is focused on the story advancement during day2 with 4 major events and the meeting of the third main girl : Nora.
Added Textbox character Images
Added Animations to each dream scene in the bus (4 in total)
Added Music room with 20 songs and a dance animation
Added Gallery room with renders that can be unlocked during the playthrough
10000 lines of code
1000 renders
25 animations
50 soundtracks
3 new girls, including the 3rd main LI
4 new hot scenes

We disable comments to the public due to high volume of traffic and spam comments, Commenting is only available for VIP members.
5 1 vote
Total Game Rating
Subscribe
Please login to comment
2 Comments
Newest
Oldest Most Voted
Inline Feedbacks
View all comments

you can choose in download page sandstorm or snowstorm