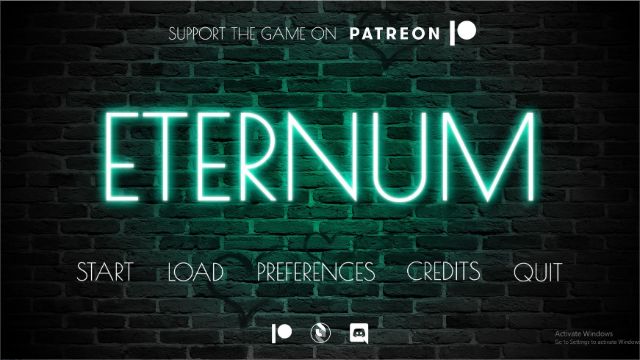 You’re moving with your best friend to the city of Kredon, home to some of the best schools and universities in the country, to continue your studies. However, in Kredon, there’s only one thing everyone talks about: ETERNUM—the virtual, hyper-reality MMORPG game released a few years ago that revolutionized the world of technology.

With a neural implant that recreates the five senses, it becomes impossible to distinguish between the game and the real world.
Thousands of servers form the network of Eternum: from colorful, magic-filled fantasy worlds to foggy sci-fi cities, no world is beyond reach.

And you? What’s your role in this story?

v0.2
1155+ new images
20+ new animations
9300+ new lines of code
22+ new music tracks
115+ new sound effects
You can now name your saves (optional)
The (optional) textbox now hides if there’s no text so transitions look better
The gallery was redone, now there’s 1 general gallery with all the scenes and you can filter them by girl or type of scene
The relationship screens were redone, now they include a small BIOS with personal info of every girl and 5 possible relationship levels
A money screen was added to visually show your current money every time you make a purchase or receive money (replay Chop-Chop’s shop scene to see it)
The login scene where you enter Eternum for the first time was enhanced
Several other render and code fixes


We disable comments to the public due to high volume of traffic and spam comments, Commenting is only available for VIP members.
5 2 votes
Total Game Rating
Subscribe
Please login to comment
2 Comments
Newest
Oldest Most Voted
Inline Feedbacks
View all comments

Sternum2 best Game ever. Even if there are few sex scene’s but story and graphics are top level 5Star rating

This is one of those games where you wouldn’t mind not getting enough spicy scenes cause the story itself is soo damn entertainment and addicting. This is kinda like adult game version of Ready Player One movie. Overall a fantastic game with captivating storyline and characters btw it’s hella funny too