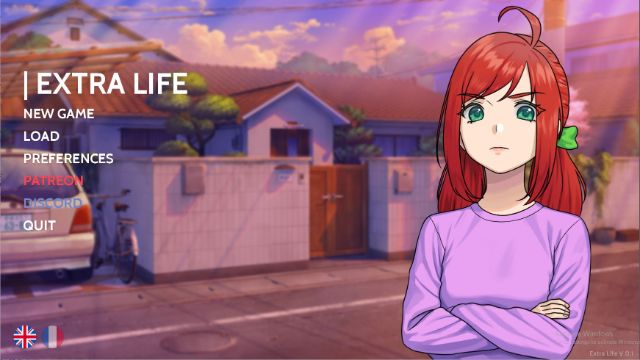 What if you had a new chance in life? What if you could make it better than all those years of misery and harassment?
What if you could get revenge on all the people who wronged you and get what you always desired….
What will you do, with this chance as you wake up in a youthful body, thirty years in the past?
The choice is yours.​

v0.5.9
Modifications
– Changes to the game’s music for copyright reasons.
– Modification to start the Asami quest. Endurance (2,3,4) instead of (2,4,6)
– Yasuka love longer requires completing the Asami quest, and sleeping at least once with Yasuka instead of 10
– Using the cheat menu now only requires finding the money caches at each location once overall instead of once per save. Synchronization on this new system is done when loading a savegame
– The cheat menu icon now shows the number of locations you have to complete before accessing the cheats
– The cheats allowing to change the character’s appearance have been removed and replaced by the skin menu (see the additions).
– Reworked CG, background and animation menus to make them easier to operate on mobile, and reduce resource consumption
– Navigation between save pages has been simplified
– Reworked all character sprites to simplify the addition of future outfits, accessories, etc.
– The sprite gallery has been temporarily disabled, following the rework of the sprites. Its return is planned in 0.6
– Chiaki’s sprite has been replaced by an 18 years old version
– Chiaki’s dialogues have been revised to match her age
– Natsume’s sprite has been reworked to better reflect her personality
– The characters of Natsume and Asami who appear in the park (Asami corruption path) have also been reworked
– Improvement of the dynamic display of clouds on the outdoor scenes
– Modification of the loading image (Android version)

Added
– Added an alternative main menu when the Steam page is available
– Preparations for triggering Steam achievements
– Visual indicator when the player has to follow a specific plot and can’t pass the time
– Added a money cache recovery tracking menu, to see how many caches have been recovered in each area. It is accessible either via the cheat menu if the cheats are not unlocked, or by clicking on the counter of recovered caches on a screen
– Music menu, allowing you to listen to the music of the game (Main menu > Galleries > Music)
– Skins menu, accessible on the interface on the right side of the screen (in free exploration phase) or in the quick shortcut bar. Cheat codes previously used to activate skins have been disabled.
– Russian translation is now included by default in Extra Life (thanks to Tomasnuclear)
– Display on the quest page the path taken for eligible characters if the path hint option is enabled (Android version)
– Added Yasuka’s repeatable scenes
Discussion in the cafe
Scene in the bathroom
NSFW scene in Yasuka’s room

Bugfix
– Various translation errors
– Simplification of the click on the interface elements
– Fixed the pause image displayed in the bathroom
– Blocked the quest to get the MP3 player
– Selection of some choices not currently implemented was possible (Android version)
– Crash when interacting with dumbbells in very rare circumstances
– Resolved softlocks in the Yasuka Love story under certain circumstances
– Reworked the validity check of skins, which was generating a false positive. Now only invalid skins will generate the warning.
– An image of a Yasuka CG ignored the use of the “Shaved” skin
– Persistent data not saved under certain circumstances (Android version)
– Unlocking of some backgrounds was incorrect
– A static Yasuka CG did not match its animated version (classic version)
– Improved internal string tracking to facilitate fan translation

v0.5.1
– Talking to sakuya, Netoru or Yasuka at the wrong time of the day was sending you back to the main menu.
– Moving forward in the day with the skip time button could break the story. Some passages are now blocked so that the events take place in the right order.
– Sakuya’s chest was visible when she was dressed
– Fixed names that were not displayed correctly
– Fixed an asami animation that was not displayed correctly
– Spelling correction
– Fix minor bugs

v0.5
Patchnote 0.5: A new whole story for the yasuka(path love only)

– New story for Yasuka 15000 words (more than the 2 asami’s path)
– 6 New CGs + 60 variations – 3 New animations + 31 variations (203 secondes d’animations)
– 6 New Backgrounds + 16 variations
– A new option to display path in the settings
– The interactive events are now flashing, (you can’t miss the mp3 player now)
– Optimization of the game performance
– Implementation of a skin system, you can download the skins every month on patreon or subscribestar and then activate them in the game
– the cheat menu has been deactivated, you have to collect the money again in the 6 new places

v0.4.9
New features
– Added some extra dialogues with Asami’s corruption/love path.
– It will now be possible to sleep with Asami every night by clicking on the bed before going to sleep
– If you chose to corrupt Asami, she will be accessible in the afternoon and evening in the park, you will be able to interact with her, chat/sexual interaction
– Added a gallery for the animations you’ve already unlocked, you can control them as long as you want.
– The cheat menu has been modified, it is still accessible by collecting money on all the backgrounds, it’s necessary to enter a specific code to get the desired effect. The codes are exclusive to pledgers (Patreon/Subscribstar)
– A button to travel faster between Saito’s room and the city map has been added, it’s accessible from the moment you talk to Chiaki for the first time. – The first level of security for the Renpy archives has been implemented.

Optimisation / Fix
– During a dialogue between two characters, the textbox disappeared for a fraction of a second each time the animation changed.
– There was a one-and-a-half-second delay before you could click to collect money again. This lag time no longer exists, you can spam click everywhere to collect money without missing a single area
– All backgrounds have been optimized to save hard drive space
– To blur the background, a renpy feature was used, it was slowing down the game, now direct blurred images are used, they are very light in size – The old transformations used to take too many resources, this has been changed.
– The display of backgrounds according to the time of the day was done in hard with conditions, we optimized this by using ConditionsSwitch. Globally, before in the code, it was necessary to do this

Much better, isn’t it? For you it’s invisible, but for me it’s a phenomenal time saver and I don’t have to worry about the script anymore, always asking myself what time of day it is?

– The sounds dedicated to the money sound effects are now on the right audio channel (sound).
– All clickable elements of the game have been replaced by faster and more responsive buttons (with condition switches)
– It was possible before to display the inventory and the objective menu at the same time, both were superimposed and unreadable, now you can display only one menu at a time.
– The light mode has been extended to button animations, the dissolve effect will not appear anymore. Also the effect enlarged the characters every time they spoke (pulse effect).

v0.4.3
Patchnote :
– multiple fixes for all remaining bugs
– fixed : the variable that gave access to the cheat menu was not the right one
– Grammar fixes

– Main story update (Just enough to get you working at the restaurant and generate more money)
– Added two stories related to Asami in connection with the main plot
– Added two paths for Asami, corruption and love
– A gallery has been added to view all the CGs you have unlocked

– Fixed : The characters were superimposed from time to time

** the backup of version 0.3.91 is compatible with the new version. However, if you want to unlock all the CGs you will have to start a new game. **

– Memory Optimisation, some backgrounds in 4k could cause significant slowdown, their size has been reduced.
– The menu sprites and backgrounds of the gallery have been updated
– The location of the money is now indicated for noriko’s room and the park
– A link to the subscribestar page has been added on the home menu
– The cheat menu will now be available to all those who have found the money hidden in all the backgrounds. Once you have unlocked the cheat menu it will be accessible for all your new games
– You will now have an end screen once version 0.3 is finished

v0.2.2
– New part of the story
– 2 new locations, Park and Noriko’s room
– 2 new backgrounds, 6 variations
– 4 new characters
– 5 New CG, 11 variations
– Optimization of the interface for German and Russian translation
– 50% reduction of the total size of the web version
– Improved menu navigation, faster, more fluid
– Added a gallery to view sprites and backgrounds
– Added a cheat menu for players who found all the hidden money in v0.2
– The locations of the money already found by the players in v0.1 will now be indicated with the “Help” button, the new locations however will not have this feature.
– The Japanese navy flag has been removed in favor of the simple Japanese flag.
– Added an option to add a translation on the fly (more details on the discord)
– A money spot hidden in Noriko’s room has been moved because you had to click through the interface
– A money spot hidden outside the dojo has been moved because you had to click through the interface
– Fixed: bug on the android version, the interface display was distorted on low-resolution screens.
– Fixed: minor bug
– Fixed: bug that forced the game to launch in English after loading
– Grammar fixes


We disable comments to the public due to high volume of traffic and spam comments, Commenting is only available for VIP members.
5 1 vote
Total Game Rating
Subscribe
Please login to comment
4 Comments
Newest
Oldest Most Voted
Inline Feedbacks
View all comments

I love the game and I see a great future for it ) well done! I hope you continue to do a good job

When is the next update?

I love this game and i see good future of it)
Good job dev! I hope you keep working amazing)