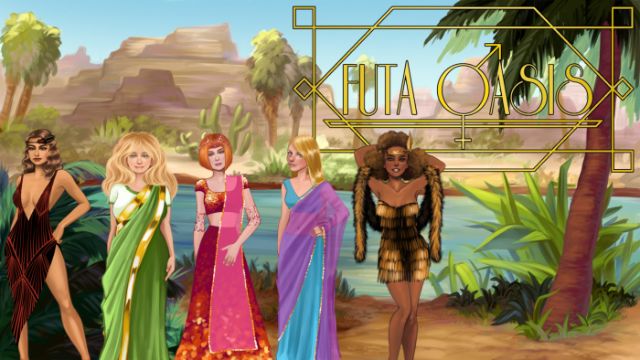 During the height of the Great Depression, a desperate man sets off in search of treasure and riches.
Instead he finds a hidden village full of women with something a little extra between their legs.
While he return home? Will he score with futas of the village? Or maybe they’ll score with him…​

Added option to play the game in Fap Mode. This autoskips the card game and lets you raise romanceable character stats by clicking on them in the sidebar
Fixed the end of day random events blocking skipping
Fixed duplicate two star cards adding the resulting card to the two star pile instead of the three star one
Fixed a variety of broken images, typos, and misattributed dialog tags

v0.45
Added the first batch of end of day random events
Added the ability to name the player character
Added the option to keep playing even after 30 days
Enabled limited rollback during dialogue scenes.
Fixed the bug right click opening the menu was causing and re-enabled it
Fixed the android version not using the right UI

Gameplay changes:
Added a faction system to the cardgame.
Villagers asking questions have an associated faction.
By answering specific questions well you can gain faction points which can then be spent in town
Faction favor currently doesn’t do all that much, but faction specific cards and events will be in the next update
You can now combine two duplicate cards into one of a higher tier
You can now trash two cards of the same tier to get a new random card of that tier
You no longer gain cards by performing actions around town.
Instead you gain 1 card from a choice of 2 at the end of the day.
In the future these card gaining events will be random events with the villagers
You can now buy Gosuyu from the market shop once per day as an alternate way to feminize the player without dealing with Parisa
Changed how Gosuyu dose causes transformation. Instead of number of raw doses, it’s an increase over time based on number and recency of doses.

UI changes:
Added a player sprite that shows the player’s transformation (if you do that route)
Added fully rendered backgrounds to replace the sketch placeholders
Added gallery and scene replay system
Added Load to quick menu

Bug fixes:
Fixed cards that let you play another card that turn not working if there are no cards in your deck
Fixed various missing image and typos

My Goddess of Love [Completed]