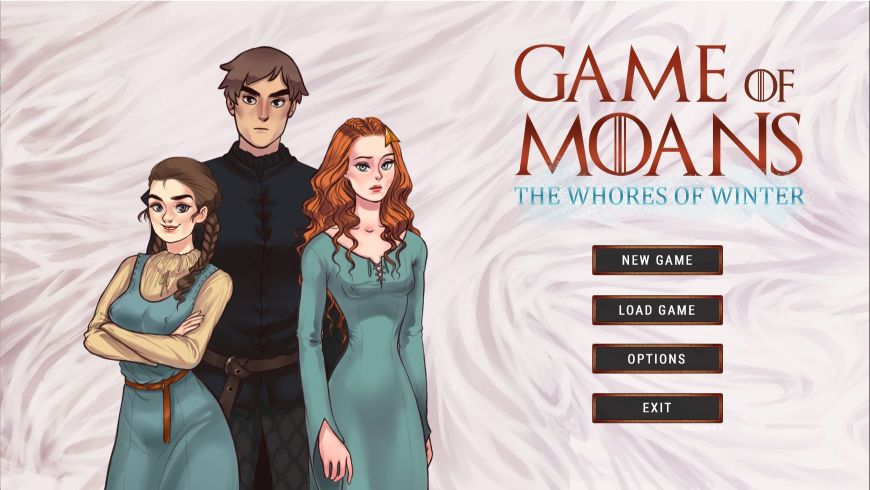 Game of Moans: Whispers From The Wall v0.2.4

Our current project, Game of Moans, is an adult visual novel parody game. In this game, you will take the role of a young banished lordling who is stripped of his titles and claims. You will then be tasked with earning enough respect, coin and skill to gain something greater for yourself. This will be done through quests and activities, during which you will meet a large cast of characters. As this is an adult game, you’ll be able to romance and get intimate with a lot of these characters.​

v0.1
“The Whores of Winter” is the first public version of Game of Moans.
It features the explorable locations of Winterfell (specifically the Keep, the Marketplace and the Wolfswood) and the characters that live there.
You can pursue questlines with Sansa and Arya Stark.
Future updates will expand on the game in terms of existing characters and locations while adding new ones as well.

Download files for Game of Moans: The Whores of Winter

Kotoko Is A Little “Different” [Completed]