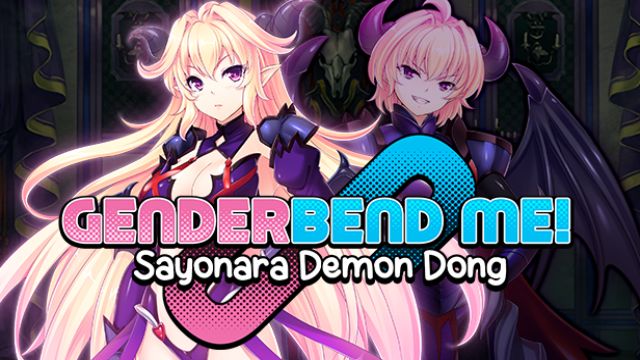 Ah, a tale as old as time. The hero with an OP ability faces off against the Demon Lord in a final epic battle and blah blah blah. We’ve all seen this before.
But WAIT, the Demon King, Bellfrud, has an ace up their sleeve; the forbidden spell EX-ET-QUAL-MASS-ACRE!, a sinister spell to drain the targets strength and bestow it to the caster. Too bad the hero’s secret ability is to reflect all magic. Woops.
With Bellfrud’s powers gone, replaced with some bouncy badonkers, their second in command, Zord, takes the chance to overthrow them and become the new Demon Lord! With their powers gone, Bell is shocked when the hero actually protects them from Zord’s sneak attack and they set off on their own adventure to find a way to reverse the genderbendening, restore Bell’s powers, and maybe discover the most powerful magic of all to help them defeat Zord… THE MAGIC OF LOVE!

Genderbend Me! Sayonara Demon Dong is the English localization of a Visual Novel originally created by prolific Japanese developer Norn. We at Cherry Kiss aim to provide an authentic Japanese Visual Novel experience to gamers outside of Japan.