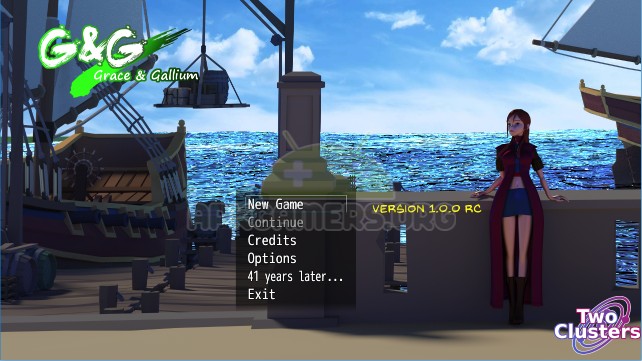 This is a story about Grace and Gallium.
Grace is a mercenary from Cizna Corlo mercenary guild and has been dispatched to a newly constructed village on Southern Alcella island on one year contract. Her job is to protect the village from constant ogre, goblin, and wild animals attacks while the village settles down and grows.
The game begins after a night of a goblin attack on the village. Grace was able to repel them but there were casualties. The village chieftain calls Grace for a talk and informs her that he has hired another mercenary, Gallium.
And so, the story of G&G begins.​