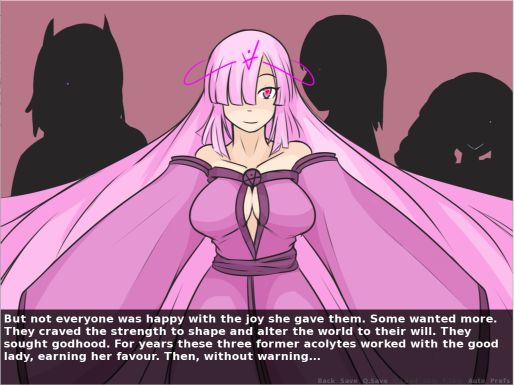 How To Be A Hero APK v0.1g1 Android Port Adult Game Download

The land of Minia has been thrown into chaos. The Goddess of Lewds, Lady Sluttony, has had her power stolen and divided among three wicked people. You are her last paladin and it is up to you to face them and take back your goddess’s power. Travel the land, fight enemies, lewd monster girls.
​

v0.1d
Currently the game has:

This update is 100% compatible with the last one.