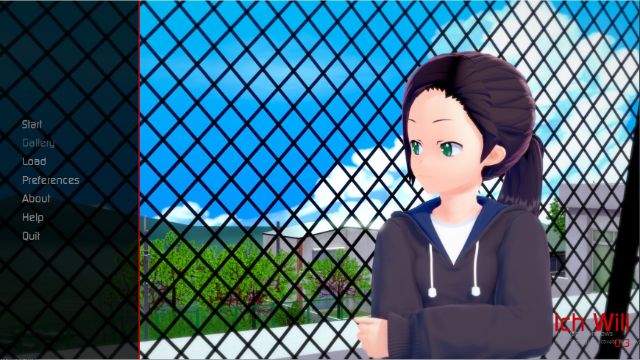 Your childhood friend Eileen entrusted you a secret: How to enter people’s psyche. The next moment she disappeared in front of your eyes. Now no-one around you is able to remember she ever existed… or do they? With very little knowledge about what’s happening, and in the hope of rescuing her you try to follow her instructions and gather pieces inside the mind of key people close to her. Will you be able to bring back Eileen? Or you will end just like her?

2 new parts for Charlotte with 2 scenes and a total of 90 cgs
2 new paths for Laura with 2 scenes and a total of 57 cgs
Added a couple of new backgrounds for Laura.
Added Laura gallery along her sprite gallery in the extras.
Added a couple of extras in the extra gallery, specifically character cards and chibis display. They are unlocked at the end of each route.
A total of 143 images added and around 30 or so were remade..

Changed:
I added some pages to the about tab in the main menu.
The chibi thumb for extras was slightly changed.

Fixed:
Some images were not displaying correctly.
Some nametags weren’t displaying for the right characters.

v0.2
Added stats screen: Every time you need have to select a route, there will be an investigation log in the bottom left corner, that will show you the days that have gone since the beginning of the investigation and who you have spent time with. Later on, this button will be somewhere else, along the change name button during the routes.
Extra gallery added.

Added Laura’s teaser.
Added a couple of new backgrounds, still not in display.
Added Extras in the gallery, to display, well, extra images.
Added “Investigation Log” to keep track of your activities.

Changed:
ALL sprites in the games were changed to add a grand total of 865 new sprite images. I shit you not.
Changed some backgrounds, slightly.
The size of the selection menu images in order to fit the new images.

Fixed:
Bug where changing name didn’t redirect you to the right screen
Some typos

v0.1
Added skip intro button: If you complete the intro once, if you restart the game, you can skip the intro right away.
Change name button: You can change your name in the pick a route menu. Changing the name at the beginning will ask you if you truly want to keep whatever you input.
Added:

Demo 1.1
– For clarity, added text on top of choice menu, of whether or not it’s a route or introduction.
– Fixed a mistake with Laura intro showing twice.
– Fixed Bug with Laura where ejecting out inside of her mind ended up with you in the hallway instead of the doorstep as intended.
– Fixed choosing Valerie introduction tosed you into Valerie’s route instead of the introduction screen without the conditions being met.