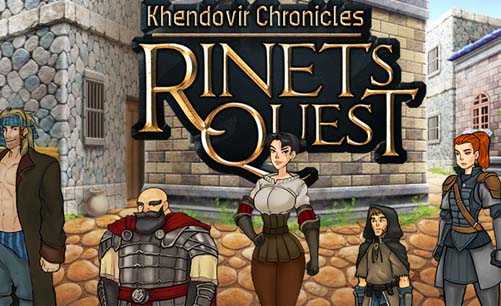 You will play the game as Zack and Diana, two siblings who finally are becoming Rinets(warriors that can “warp” the reality to an extent and fight creatures from other worlds), and eventually will go on an adventure, fighting monsters, discoverying new races of creatures and fucking some of them.​

v0.13.2
– Now every party member, inside or outside the party, will recover his HP/MP after each day.
– Golden slime Regen was reduced… now it’s more viable to kill him.
– The “???” monster from the cave is now more resistant to Acid.
– There are “Champion Herbs” in the Brand’s valley… a plant that may help if you ever fought a monster that uses the “shaken” condition. * Cough * The ??? *Cough*
– now, winning the fight against him grants you +1 GUTS.
– Fixed the Trap skill. Now it adds “Twisted Ankle” to the target.
– Josh now give you hints about the quests.
– The party is getting pretty big, so now the characters have the “Switch” option. It’s basically a quick change of characters. It only works if you have more party members than the active party though.