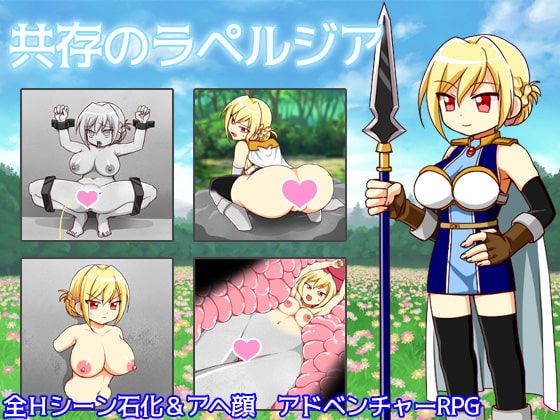 La Perugia-
A beautiful island where humans and demons coexist and rich nature remains.
An unexpected incident suddenly came to La Perugia.
Some monsters have become violent and have begun to destroy nature.

A number of adventurers have risen to save La Perzia.
The main character, Enosera, is one of those courageous adventurers.
Can Enosera and her group save the island …?!?​

[Game content]
This work is an adventure RPG with a conversation part as the main.
There are battle and growth factors, but it is a simple system.
The message high-speed skip function and the simple auto mode are carried.

[H scene]
The H scene of this work has petrified & ahegao face in all scenes.
Petrification play in various situations is waiting for the heroine.

* Almost all scenes will eventually be petrified.
* The H scene has a dark taste, but the main game is a bright story.