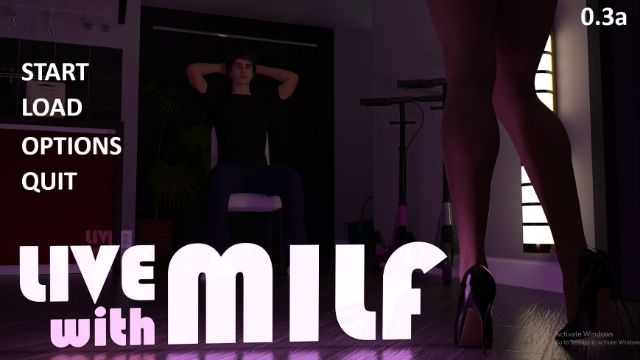 You will plunge into the world and fantasies of a teenager who spent all his free time studying, instead of partying and communicating with the opposite sex. And now the very day of entering adulthood has come, namely, the graduation ceremony at a local college, after which the world will sparkle with new colors.​

v0.4a
1. 214 renders (8 scenes)
2. 22 animations
3. First scene with a new character
4. Now you can control the speed of animations
5. The floor in Gwyneth’s office has been redone
6. Improved park visualization
7. Added the ability to rotate the player’s smartphone (icon on the main phone screen)
8. Public discord server (link in the main menu)
9. And other improvements

v0.3b
1. Almost 500 edits in dialogs
2. New environment and interface sounds
3. Removed the animation of messages in the smartphone
4. Added loading animation of the game
5. Other minor improvements

The 3d map has been postponed indefinitely due to technical problems. Unfortunately, my computer does not allow me to achieve the desired level of detail.

As for the 3d map, it will be in 0.3b. If you find bugs or something similar, please write to me.
The game is available on Linux and Windows. You don’t need to start a new game, the old saves work. (should)

v0.22b
1. New, already final quality interface of the main and game menu. Which does not stand out from the general style.
2. Added a button to skip actions related to quests. You can turn it on or off in the options at any time.
3. Now on the computers that the player needs to connect, their state is visible. This will help you find them and understand which are already connected and which are not.
4. Improved some backgrounds on renders, namely in the electronics store on the BIOS screen.
5. Other minor changes.

v0.2a
1. Re-rendered ALL images in new quality, from the chair in the kitchen, to new scenes.
2. The story has been brought to the state that I wanted from the very beginning.
3. There are more interactions with the world (try to get into the master bedroom at night).
4. Now the characters are in their places and do not disappear after the scenes, you can interact with them.
5. Now Gwyneth has a new figure, it should make her older.
6 Now the protagonist has a smartphone.
7. Fully working messenger mechanics, through which communication with the characters is going on and will be actively used in the future.
8 A new kind of kitchen (oh, so beautiful, especially the reflections in the scenes).
9. Completely redesigned night lighting in the apartment of the main character.
10. New main and game menu.
11. Approximately 130 new renderers.
12. 17 animations.
13. Added splash screens.
14. Other minor improvements.

We disable comments to the public due to high volume of traffic and spam comments, Commenting is only available for VIP members.
3.3 3 votes
Total Game Rating
Subscribe
Please login to comment
28 Comments
Newest
Oldest Most Voted
Inline Feedbacks
View all comments

I can not enter the office after setting up the connection in the computers.

Action skip button is out of screen. please fix that

I can enable the skip action in my phone

Put the skip button beside the volume, you putting it at the lower part I cannot press

Im stuck at computer any solution?

How to save… I don’t see a save button

Same problem here.. Anyone know how to fix it?

Go to menu and enable the skip action.

still not working 🙁
stuck at computer