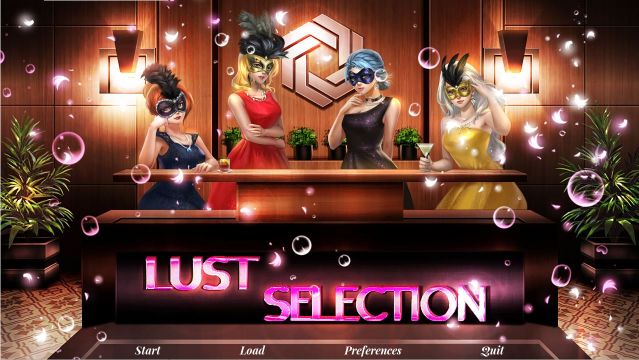 Lust Selection is a dramatic episodic visual novel with branching storyline routes and is based on the erotic web story “My Adventures in the Office” by James Sunny. You play as the main protagonist James. The story begins with James joining a new architecture firm as Senior Projects Manager. Unknown to him, this new workplace has its fair share of hot and attractive office ladies, however what may look like a completely ordinary and friendly office environment on surface is actually just a facade for what really lies beneath. As the story progresses, James will unfold conspiracies, dirty deals and dark secrets kept from its very own employees. How would James handle each and every situation will completely be in the hands of the player.​

Episode 1:
The story begins with the main protagonist James coming on-board the company as a senior project manager. This new workplace has its fair share of hot and attractive office ladies, however, what may appear on the surface as a completely normal and friendly office environment is actually just a facade for what really lies beneath.
In episode one, James is first tasked to manage a team of misfits, each with their own personal issues.

Episode 2:
So what exactly is in episode two?
Its gone a lot darker I would say in comparison to ep 1. If you have played the first episode
you would know that it is pretty lighthearted in terms of content. Episode two lets you make
choices that crafts the game’s route according to the choice you make. There is minor to major sexual violence involved depending on your choices which could also possibly lead to that character leaving the game entirely meaning you won’t be able to interact with that character anymore for the rest of the game or an immediate game over for the player.
In terms of game length I would say it is longer as well. Episode one take approximately 2 hours to finish provided you read through the dialogues and unlock all the CGs. The second episode will at least double that due to the increased amount of scenes due to different routes as well as a longer story. I have also included a mini-game where players will be
engaged in a fight scene with one of the male characters in the game.
In order to shape up the team for competition, he first needs to solve each of their personal problems.
First on the list is Sandy. Will James help Sandy with her ex-boyfriend’s harassment by hatching a plot so perfectly executed that it positions him as the perfect white knight?
Or will James, try to take advantage of her situation to satisfy his lust with her body?
The office Ice Queen Sylvia, who is she really? Is she really this cold to everyone or is there another side of her she does not want to reveal, especially after witnessing that… compromising situation of hers?

Milly and the Forest of Sacrifice [Final]