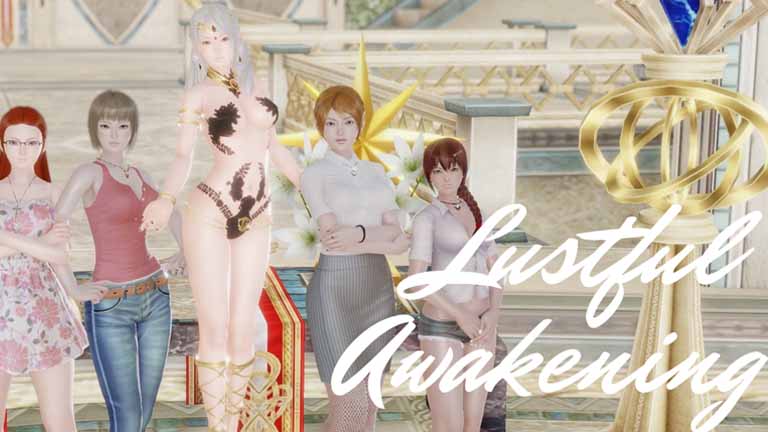 You play as a young boy discovering new things happening in the body before you even get time to understand those, you will come across the Goddess from the future. The future is destroyed due to your father’s experiments. Now the responsibility of saving the world rests on your shoulders. She reveals that your lust is the one which can save the future with no sexual experiences you join forces with her in the quest to save the world. Over the course of time you start realizing that your life is changing in the ways you never thought possible​

V0.2: Game now contains 557 Images, 200 Videos with sound(Most of them) , and 3500 dialogs (A whole load of content), Update focuses on getting close to girls and learning new mechanics of spells which is key in future updates. All the characters have new scenes

V0.3: (Edited Due To Wrong Animation Count) Thanks for the positive feedback from V0.2. The game has now 790+ images with 274 animations with sound, Along with the good stuff you 4800 lines of dialog, You are definitely in for a ride when it comes to the story.

V0.4: Thanks for the positive feedback from V0.3. The game has now 980+ images with 324 animations with sound, Along with the good stuff you 5500+ lines of dialog. There are definetely story progression as expected.

V0.5: The game has now 1030+ images with 355 animations with sound, Along with the good stuff you 6033+ lines of dialog. There is definetely story progression as expected.
1) Events With Sis, Tutor, Aunt, Succubus, and Seller (1 Multi angled and 4 static scenes)
2) Story progression for all characters.
3) Grammer fixes (A Big thanks to one of my patreons)
4) Patrons can now skip pregnancy minigame

V0.6: The game is now finished with 1175+ images with 427 animations with sound, Along with the good stuff you 6900+ lines of dialog.
1) Reworked Sis Scene, You will now take her virginity!
2) Multiple events driving the story (All girls except for the elf).
3) Optional Pregnancy scenes.
4) Optional Marriage with Jennifer.
5) Grammer fixes (A Big thanks to one of my patreons)
6) Minor change in point for one character for faster gameplay