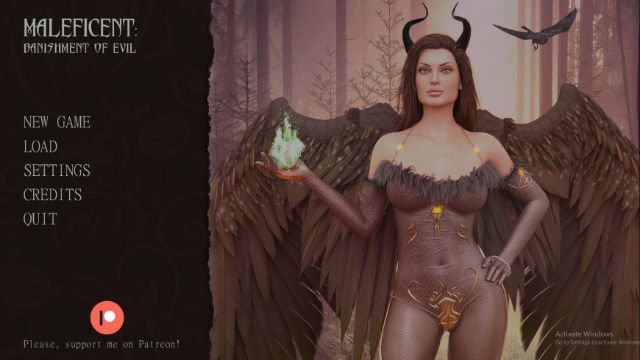 This is a story about the powerful sorceress Maleficent, who was expelled from her homeworld for numerous atrocities. Now she is forced to live in some wretched hole called “Earth”, and she is strictly forbidden to conjure. But Maleficent has a cunning plan to return home – she will definitely return to replay and destroy her enemies!​

v 0.3:
130 renders, 1 animation, 4476 words.
The city map was removed because it was not needed for gameplay and leads to bugs.Old saves should be working, at least prior to the moment when Maleficent made her tattoos.

Old saves should be working, at least prior to the moment when Maleficent made her tattoos.