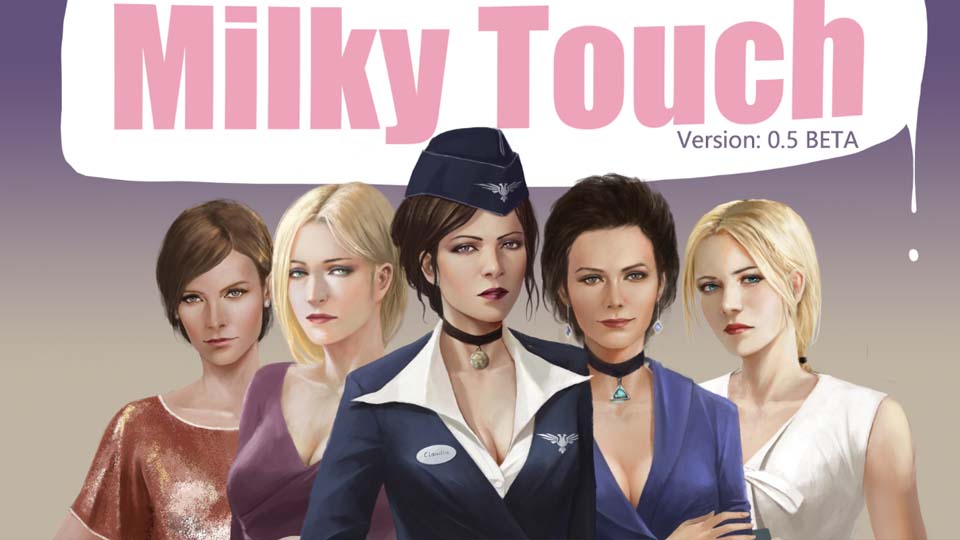 Welcome to Milky Town. Yesterday, you were just another young man about to start your first day at a private university. Today however, everything is about to change. Your future during this new school year will be embroiled in sneaky plots and surprising twists around both the university and the town itself. Fortunately, just about all of these events will include a number of bodacious women that you’ll have a chance to ‘work closely’ during your adventure.​

Gallery Unlock: Kuma!!!
Enter the code in the name input of MC

v0.6 Bugfix
Some bugs are fixed.
Cover image is updated.

v1.0
Gameplay for v1.0 is pretty easy and REALLY rewarding, so I won’t write you guys a mini-walkthru as I always do, but if you are having trouble getting the scene you want or the route you want, you could always check out the Walkthrough pdf which I will attach down below.
Changelog:

Without further due, here ya go.

v1.25 Beta
Voices will be added in the official release (12th of June)
Only one scene added (Secret Scene)
Explore and enjoy!
Chapter 13 will be released on the 19th of June, it’s right around the corner!

Ch. 14
Okay, the two scenes in this update will take you a bit more effort to trigger. But I’ll include a mini-walkthrough down below to help you guys out.
Voices are coming up, no exact ETA yet, but it is coming up.
Without further due.

Ch. 15 Beta
BGM for the Octavia scene’s still WIP.
If we are lucky, we will be able to put Riley’s voiced lines into the Official release.
There are two scenes in Alpha, both happen on day 14 and it’s not hard to trigger.
Just make sure you say Yes on day 11 when Riley asks you to come to the concert.

Ch. 16 Alpha
I have a big announcement to make in a few days and I think you guys will be excited.
One thing that has been concerning is that our artist has been mildly sick for a while, nothing major, just coughs and generally feeling unwell and we are hoping that it is just seasonal flu.
The artist hasn’t took any break and kept working on Chapter 16, but if any severe symptoms starts to develop, they’ll need to take a few days off to rest, and also get tested.
besides that, here’s a quick guide for this update:
Scene #1 – Riley – As long as you triggered previous Yoga Scenes, This scene will be automatically triggered.
Scene #2 – Katelyn – This scene is really hot but kinda hard to get.
1. You’ll need to Plant the camera in Karen’s office Again in Day 7 (Which means you’ll not be able to trigger Riley’s Violin Practice Scene)
2. You’ll need to trigger Katelyn Wet Kiss scene
3. Select “Check the cam” when you snuck back into Karen’s Office in Day 13
4. The Scene should be automatically triggered in Day 16
Android: ETA 12 hours
P.S. Riley’s Voices will be added shortly.

Ch. 18
Day 18 story with 27000 words.
Six Sexual Scenes with one amazing animation
(NOTE: Two Scenes – One big set of the scene are located at the end of Day 15, so make sure you go back and check it out)
Two short Cyberpunk story with fan arts (two single pictures) done by our artist
Newly added Sound Effects for Day 18 (experimental)
Brand New Custom BGMs for Day 18
Improved Relationship System
Bug fixes from Alpha
Full Scripts edited from Beta

Just for sure, it doesn’t have NTR right?

where do we enter kuma’s name!!! in the milky touch game?

if you want to unlocked the gallery, your mc name should be Kuma!!!
Kuma!!! (with 3 exclamation points and first big letter)

but in the game milky touch mod+compressed there is no feature to enter a name. so what’s the solution?

The Demon Lord and the Guardian Knights [Completed]