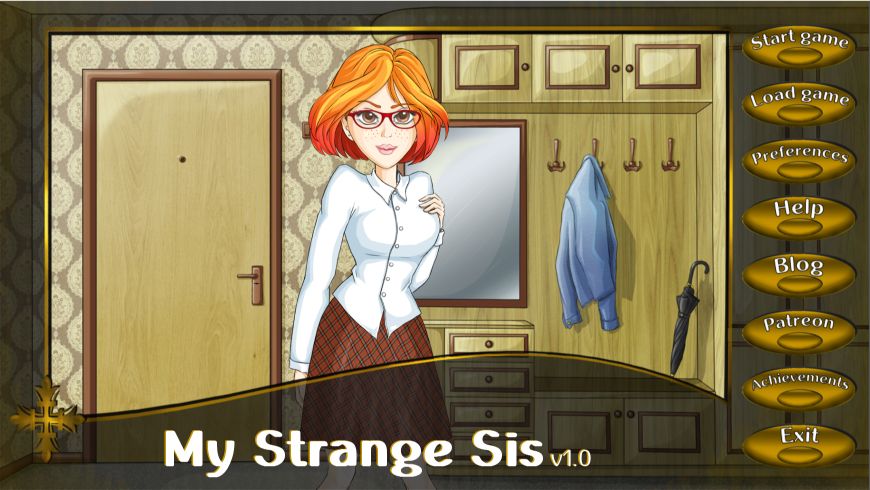 This is story about a guy who ran away from his family in order to study in a different city. However, the real reason he ran away from home is that he was fleeing his sister, for whom he has carnal feelings. While it may seem like this is just another B/S incest-themed story, it’s not “just another incest game.” Instead, our game’s storyline is set in a modern urban fantasy setting. The narrative takes center-stage in this game. How well you manage your relationship with your sister is pretty tightly coupled to this setting. It’s pretty difficult to separate the two. Additionally, the game’s plot offers diverse choice.

Currently, there are already fifteen significant variations in terms of the evolution of the narrative that can occur in the game. We are expecting to have at least five different “good” or “canonical” endings, not including the bad ones. So, in a single playthrough, you won’t even see half the content that has been created.

Although there will only be one female protagonist in the game, she is customizable among three personalities. These customizations will influence how she responds and reacts to the different scenarios you two encounter, as well as her clothing, and even the events that you can trigger with her.
Her customization will also extend to her appearance via customizing her hair, skin, eyes, etc.

v0.61 changelog:
– the story expanded by 7000 words
– starting from this point, the plot is divided by three totally different routes. This routes is not equally by the quantity of content for now.
– one totally new interactive sex scene
– a new side character
– the few new backgrounds and some graphics improvements
v0.70 changelog:
– added 8000 words to the story
– all main routes now have a ‘real’ sex scene
– a new side character
– several new backgrounds and locations
– some graphics improvements depending on Liz’s personality
v0.75 changelog:
– Sexual scenes at the Cure Liz and Kill Brian routes now has two stages. First stage is caressing and petting. Second stage is sex.
– Sexual minigames are rebalanced.
– Added new background at the Kill Brian route
– Fixed few bugs

SPACE BAR AT THE END OF THE GALAXY [Completed]