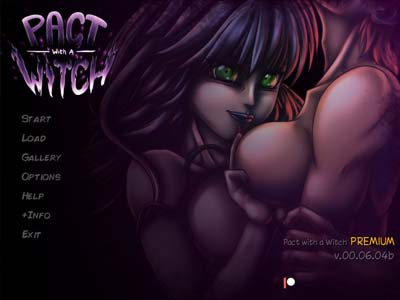 Pact With A Witch APK Android Port – Your roommate and best friend tries to rape Neus, the most introverted of the whole design school, who bites him just after you save her. You discover that bite was not only for self-defense, it also contains a bewitching that turns your roommate step by step into a girl. Who everyday that passes, she seem forgetting more his past and becoming more attracted to you. To save your friend, you make a pact with Neus to have 4 dates, and the last night she promises to return his original male form to your buddy. Although it seems that she keeps her word, there are sinister things she had not told you yet.

All the art and functions of the dungeon are done, only lack adjustment in points, time and things that are possible, if she `s gagged she shouldn’t be able to speak, etc… Little details that once are corrected, do the blonde’s part should be easier.

(Any feedback about the dungeon part will be really appreciated!)
The next update of the game will be in Christmas. For these 2 next months I will be doing something completely different. A smaller game called “Secret Glo*y Hole”.

It’s a small game and it shouldn’t take me too much to finish. It’s gonna be 1920×1080 resolution, with a different art, directly in english, shorter and I will try to put voices once is finished. Is a game that happens before the events of Pact with a Witch.

I have plans to put it on steam with a low price, but as a Patron you will have direct access to all the new updates I will be doing.

I just need a kit kat… I think I’m getting crazy more and more with all the bugs, problems, translation, goverment problems, family stuff… I need to do something different.

I will get back to Pact with a Witch in November so I can have a playable version in Christmas.

Thanks for your understanding!

And thanks for your support!

—-
I spent a month doing a system that it wasn’t working, all buttons… You had to choose which part of the body, then which tool, then the intensity… it was too complicated and long to do a single action. I decided to then start over and do it with image Buttons, so now the screen probably looks with more buttons, but at least is faster and more visual.
Obviously is still work in progress and some buttons are not available, also no bars change, so buttons so far are basically useless, they only change the visuals depending on which objects you add.
The good news is that the whole system now is done, so I only need to add the text, repercusions, the stats, how much complicated is to do something, if you can do something, how painful it will be, how pleasurable… and in theory if everything goes smooth (rarely goes though) I should be able to do the blonde in this same system but obviously with different dialogues, different images and different resistance (and with a vagina instead of a penis).
I knew this minigame would take me time and effort, that’s why I left it for one of the last things, I hope to finisht it for the next update. ^^
Thanks for your support!

Next update will be about the second date with the blonde and “her” friend. Thanks for your support!

PWAW v0.16.06 (ANDROID available)
– Endings of the game (all them translated in english / partially illustrated):

Finally made it to the end and all I gotta say is HOO-BOY! I wonder if the whole 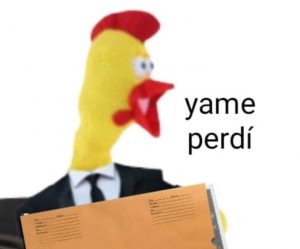