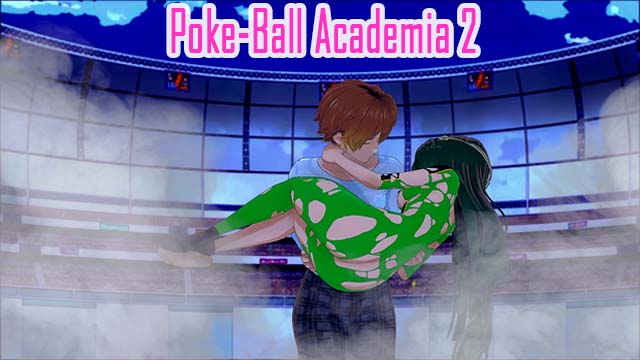 Poke-Ball Academia 2 APK Android Port – The second part of the series that lets you fuck all of your favorite anime characters in now better than ever! enjoy of the thrills of raising a family with each and every one of them as you romance every character throughout the story at your own disposal! anime shows this game is based upon are: Dragon Ball, Pokemon, My Hero Academia and Fate/Grand Order,​

Chapter 11
– Added H-scene w/ Cus in the Saiyan Universe
– Increased character’s name size during dialogue scenes
– Introduced new universe in the DBZ world (Yes, a universe inside a universe >=D)
– 2 new characters added in the MC’s universe
– (Bonus content pack) – re-arranged every single scene in the extra content pack in order to fix an issue where the wrong scene would show up when the user clicked between two scenes. +Also, added a new scene w/ Nurse Joy for you to enJOY!
– Fixed the in-game link that was supposed to send you to the extra content pack, it was sending people to a tree-saving site instead 0.0
Chapter 12 (v0.7)
– Added H-scene w/ Ashido
– Added H-scene w/Tsu
– Added H-scene w/ Momo
– Added multiple kissing scenes w/ Tsu
– Added threesome scene w/Vados & Cus
– Added domination throat-pie scene w/ Cus
– Went through the whole game and fixed spelling errors + added transitional images between early dialogue scenes
– added pictures to introductory scenes instead of just black screens
– Changed file path name to ‘pokeball academia 2’ previously was ‘pokeball academia’ for both games in the series