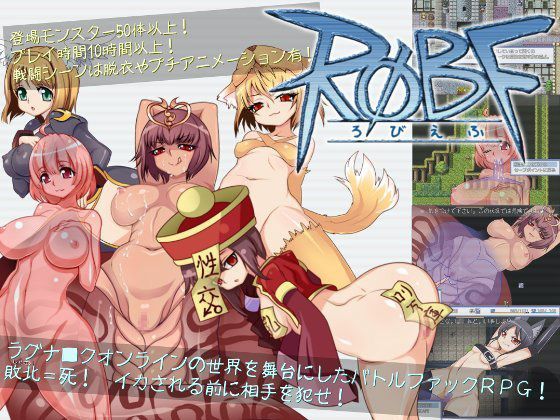 An accident happened over the Midgard continent over the last few years. The unknown fog called evil occurs from where… the influence monsters in the continent disappeared all at once. At the same time new types of monsters appeared one after another on the continent… First of all, people were surprised at that figure. The new monsters had the body of a humanoid woman His… no, her fighting abilities are very high, and I could not compete with military force like I used to. They are particularly hungry, attacking men… committing… satisfying their desires with greed… In a situation that only seems to be without a beat, but the light was left. “Anyway, if you can get fucked, let me go first.” In the report, there was an example saying that if you caught a monster earlier, you lost the warfare and withdrew. In other words, when attacked by a monster, you should oppose it with sexual technique, not military force… The fight with demons changed from battle to shake the iron sword to a sex battle scheme to wake the lower half of the body, Many battle fuckers and sex fighters were born on the continent. Meanwhile, a boy from a rural town without a continent visited Ponterra, the capital of the kingdom… He did not know yet… the accident happened in the continent… and the transformation of the monsters and the technique against it​