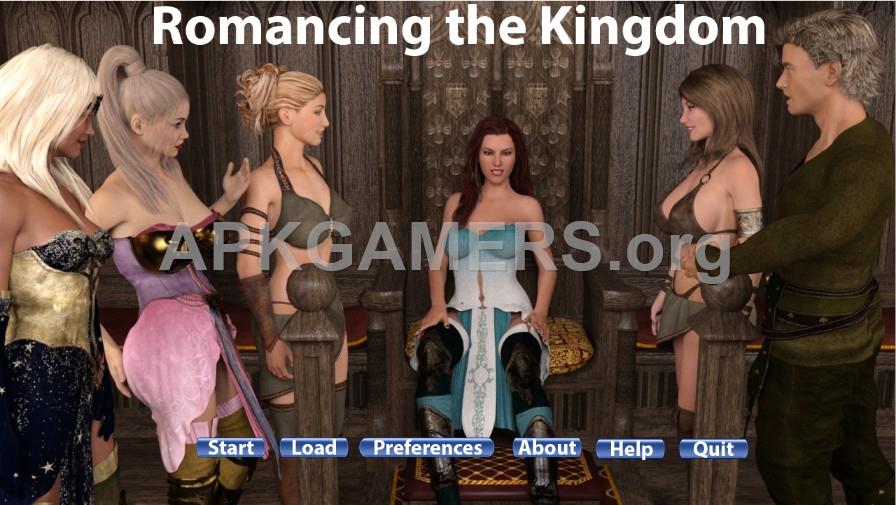 Romancing the Kingdom APK The Princess of Persia is the story of Penelope (Penny), the heir apparent to the Persian throne. She has to prove she’s worth of ascension by doing a few tasks, the principle one of convincing a manling she’s worthy of bearing his child. Of course, she can always take what she wants by force…but, it’s considered in this mythical culture better to have the manling come willingly.
The male protagonist is Captain Jack Hawkeye. He’s recently had a run in with the local constable and been away from his pirate ship, hung over and found slightly beaten in an alley by Penelope and her retinue.

Detailed release notes:
Game play now goes through day 17 (one of the longest days in the game), this sets up the “back half,” of the story and introduces a character that you may have seen in Sword of Wonder.

Other notes and improvements:

0.56
A few helpful people identified some bugs along the Briley path in Romancing the Kingdom; one of which resulted in a player only being able to experience the first ~9-11 days of content, instead of the full 16 days of content that’s available in the current version.

So I fixed those errors, updated the function to ensure that if you play from an older release it still works and also I swapped out ~20 or so images that I wasn’t thrilled with from early in the game (prologue, also the repeating Polly & Jack kitchen scene).

Last, I’ve compressed more of the PNG images so the overall footprint of the file is a bit smaller.

v0.40
What’s new in this release?
First, clearly, there’s the new name. Then you’ll notice the new game & title screens, the credits (if you get to the end of the current release) and of course 60+ renders, new animation and more.
This is the biggest update I’ve ever done over a month (or in this case, 5 weeks). I think you’ll love the many bug fixes, improvements and new scenes.

v0.35
The featured image on this post, Jack finding Briley in the kitchen, is a new scene included in the .35 version. Briley, who’s jealousy of her sister can’t be abated, conspires to find Jack when he’s most vulnerable: when he’s hungry.