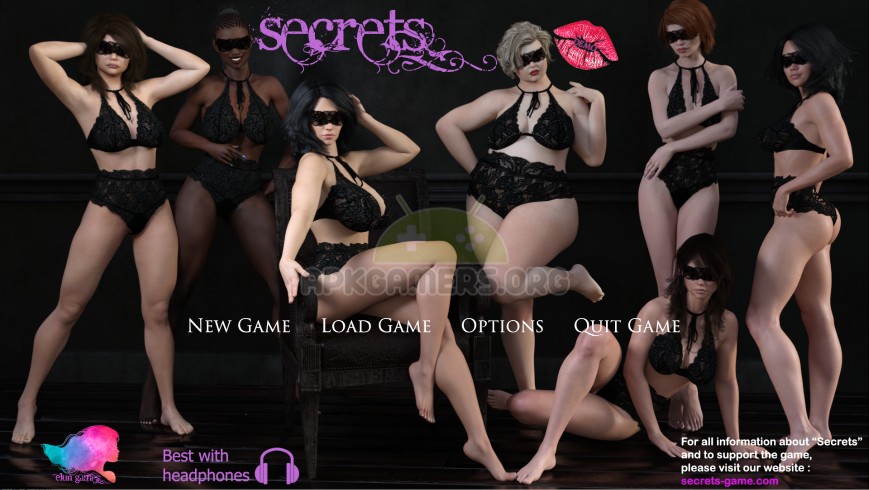 Luck… that’s a thing you have heard before but never met. Life has never been easy on you, and you are now alone broke. Really broke… So, you made others bad choices, tried your luck in some dishonest affair, but you forgot luck was never on your side.
You missed jail, thank to the judge’s pity, and are now alone again in your small apartment you can’t afford anymore, waiting to be ejected by the landlord.
Your phone is ringing… a lawyer… she tells you your uncle, Paul Walden, just died and put you on his will. An inheritance? Is there money? Yes, and a lot! Do you become suddenly lucky? No, because you have absolutely no idea who uncle Paul is?!
But you have nothing to lose. It’s time to change your life. You’re not the guy who is expected but never mind, you will be this guy… you will try to be this nephew…​

Episode 3 Beta v1.1
This version corrects the issues preventing to access the opening movie, credits, and book of secrets pages.

Episode 3 v2.0
New quest with Julia, and introducing Laure: The Doctor
You’re going to meet the Walden’s family Doctor’s with Julia. This Doctor is also a great scientist and Julia wants to ask her to make a “special” suit for you, like the ones they’re wearing “on field”.

Episode 3 v2.2
A little update is available
– Adds a LOT of corrections to the grammar and spelling in ALL episodes. Thanks to Trav and Madderoftime’s great work!
– Adds two new cards to collect using the Vault.
– Fixes an error which stopped the music on the map.
– Fixes some errors on two images that have been re-rendered in Julia’s quest. (Yeah, I know this tube in your chest hurt a lot ^^)
– Adds a new image to Julia’s quest so Julia’s face change when you wake up in the tube.
– Adds some additional dialogue in Laure sexy scene. This scene has been rewritten a bit so you can have more information about her condition. This part is important for the story.

EPISODE 3 VERSION 3.1
– Adds a new short story in the Book Of Secrets “Doctor Joe”.
– Adds two new cards to collect with the Vault.
– Adds two new surprises to collect with the Vault.
– Fixes some minors errors in the code.
So, as you can see, there is 4 new codes to find to unlock some goodies:
– The first code unlocks the twin sister card of Zoé’s story card. So, the two cards are linked. Look closely at Zoé’s card to find the code.
– The second code is in the Doctor Joe’s story in Book Of Secrets. Look at the scenery in this scene and you’ll see it.
– The third code is composed by the last two numbers of George Orwell’s most famous book, and by Sean’s mental age!
– The fourth code is half the devil’s number with a 0 somewhere in it.

Horizons of the Future v0.3