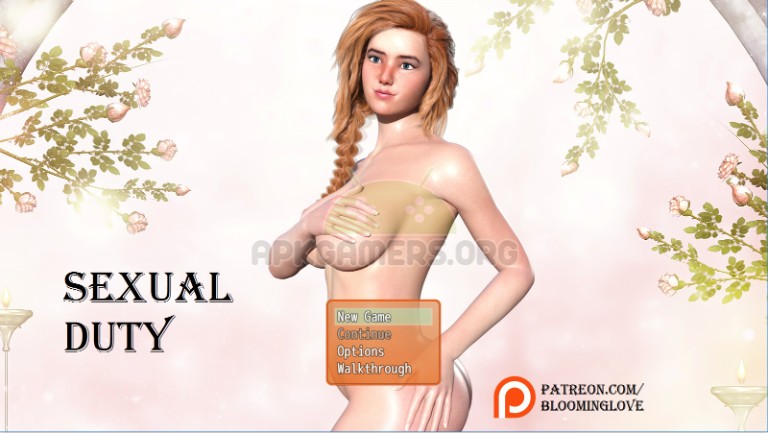 Sexual Duty is an erotic fantasy adventure visual novel. In it you play as Nicole, a girl who recently got kicked out of the Order of Paladins. Paladins are raised from birth to be the ultimate sexual lovers. Originally created to stop a sexual infection, they now just wonder around the world trying to fix any sexual problems they come across. They should always think about others, never about themselves. But now Nicole no longer has to live under the strict guidelines of the Order. And she’s even starting to question if they people who raised her are donig the right thing.

Nicole started traveling the world after being kicked out, trying to fix the damage being made into a Paladin has done to her body. On her journey she comes across a small village called Sandsinger. There she meets a girl named Elise who is in need of her sexual skills because she has trouble orgasming. So maybe Nicole’s training and sexual powers won’t go to waste after all.

– 1600×900 resolution
– Tons of unique sex scenes with interesting characters and creatures
– Tons of animations (usually about 2 for each sex scene)
– Implemented auto forward function for text during sex scene (you can adjust the speed or turn it off)
– A backlog to review dialogue you might have skipped by accident
– Music throughout the whole game
– Fun (optional) gameplay elements such as growing your own carrots, upgrading your house and brewing elixirs

Tried downloading this game, and tried the link many times, but the link seems to be broken, it says can not find page, I don’t know if everyone else gets the same message, just wanted you to know…

try to use other browser, link is not broken