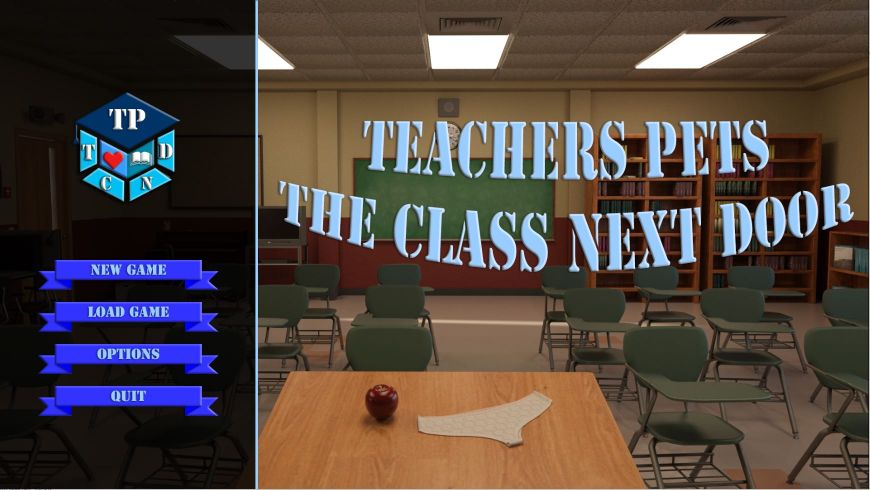 The Class Next Door APK Android Port – You take the role of teacher who is moving into a new city to start a new life, your daughter is coming along with you, the reasons why the main characters are moving away to start a new life are ambiguous at first, but as the story unfolds you will understand why they have decided to rebuild their lives.

Known issues:
Sometimes you can find missing side images that somehow show again later on in the game; I will look into what is causing that.

Major update.
Hey there, today I migrated the game to Ren’Py 7.4; the updated Ren’Py builds 32 bit and 64 bit versions of the game. I had to do adjustments all over the place to use the new Ren’Py version.
This will be the new base game and new updates will be just images and script files; get this new build because new builds are not going to be compatible with older versions.

Episode 5 v0.8.1:
-Added a button to quickly access the stats screen.
-Edited the stats screen to show only the girls we have meet.
-Implemented multiple decision prompts through out the game.
-Adjusted events based on routes.
-Story progression with Daria and Tiffany.
-Lewd dream scene with Laura.
-Included two animations for the lewd dream with Laura.
-Spelling and grammar corrections.
-Enabled a swipe gesture on Android to hide the textbox and enjoy the backgrounds.
-Added music to my game!

Note: Lewd scenes are distributed across the current possible paths, make sure to try all routes to see all.

Episode 2 v0.5.3:
-Major grammar and spelling corrections.
-Underlying code changes.
-Added more info about the navigation demo at the end of the game.

Episode 2 v0.5.1:
-Added a stats screen, use Shift+F6 to show the screen and use the close button to hide it.
-Grammar corrections.
-Spelling corrections.
-Added an image for the steak dream.
-Extended the closing dialog at the hotel (requires 100% Tiffany’s route = 25 romance).

Episode one version 0.3.6:
-Added side images.
-Players can set a given name and a last name.
-Fixed some navigation issues.

Link is dead, can you fix it?