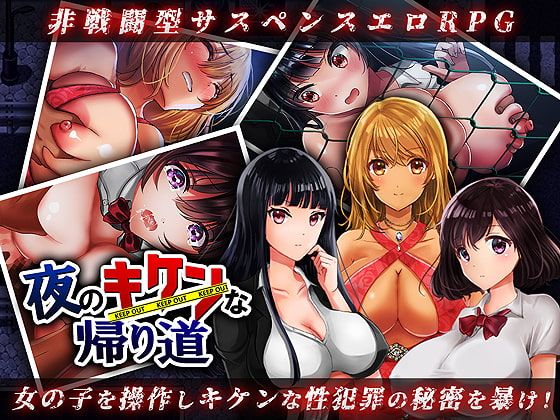 Play as 3 heroines, and find out the mystery of the disappearing schoolgirls.
What lies ahead: the truth behind the incidents, or a tragic lust-filled end?

The game plot is three girls must uncover a secret conspiracy, revolving around the disappearance of young girls in their small city, using skills gained from their respective professions. You will play as each one in episodic chapters, seeing the story from each of their perspectives. There is no combat in this game.
However, each character’s choices and decisions will affect those of the other characters as you play more of the game. Because the game has multiple endings, multiple playthroughs are required to unlock all of them.

* A searching RPG with no battles.
* On the road at night, your Fear parameter increases. If it reaches the max, it’s game over.
* Use recovery items and calming events to lower your fear, and progress.
* All H scenes contain rape.
* 10+ bad endings for when you hit game over.

Download files for The Dangerous Road Home at Night