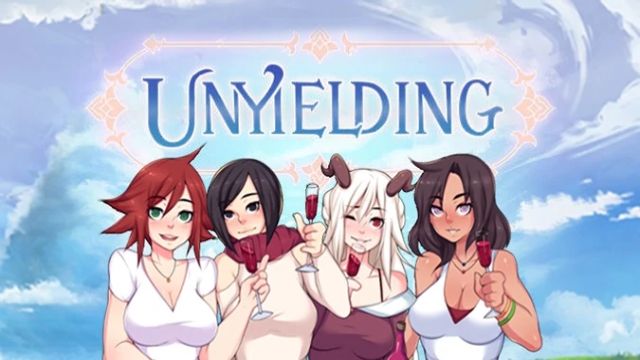 Unyielding is a transformation based RPG game. I want it to feel like a tabletop RPG, with a living and interesting world. Choices should always matter.
Catelly was a man until he was cursed by a wizard trying to obtain immortality. Catelly happened to be a hardened mercenary before the curse and refuses to lose to it.​

v0.4.5
Added art to The Night Before Battle (Complete Castle 3 in Sandy Coast)
Added The Fog Revealed (Danica storyline, have Carolina)
Added The God’s Assault (End of the game line)

What happened:
I fixed two very bad issues.
1) People were getting stuck in the end game, unable to load their saves. This has been fixed!
2) If you leveled up Fhan to take her group damage buff and then left her out of the fight, she got really pouty and broke your game. She has been disciplined .

v0.3.19
Added Willem and Horizon (next Willem story)
Added The Raft (Fhan version only, see below, with art!)
Added Blackfire version of The Carnival’s End

The main story here is autoupdates. If you meet the requirements to get the two new stories, they will automatically add themselves when you load a save that qualifies for it. Yay! This will only work for content going forward. No more having to replay stuff a million times.

v0.3.17
Added Carnivals Finale (Complete Sandy and Carnival 3)
Added Lizette’s Night (Complete Sandy and the last Lizette story)
The gallery stories now have symbols denoting if a story has an adult scene, TF, or a Happy End
Added a drawn image to the Sandy Coast beach scene (Fhan version only)

v0.3.10
Added:
The Cat and The Maid (Enjoy the maid in Graduation)
Concordia’s Request (Cleaning)
Kate Fight 13
What Happened:
Fixed a bunch of important bugs! The Ran fight was pretty bugged.
What’s Next:
Another round of celebration scenes!

v0.3.7
Removed Brandy extra castle 2. It must be earned now.
Added a recovery button for those stuck in Sandy.
Added Celebration
Added Conversations

v0.3.1
Fixed the bug that prevented “The Truth” from showing up.
Added Island hoping (Only from defeating Varuna)
Finishing Night Ambush in downturn allows for moving over water tiles.
Added Kate fight 9
Added a drawn image to Punishment (lose to Varuna)
Added more ability points throughout the game.

v0.2.18
Added Punishment (Lose to Varuna)
Added the human route to Water Lizette
Redid how CG images are displayed
Changed how movement works in combat
Fixed tons and tons of combat bugs
Help Lizette and Carnival now have an opt out option

v0.2.12
Added picnic (complete the ghost pirate story successfully)(SAVE YOUR GAME BEFORE DOING THIS! THERE ARE 5 ROUTES)
Added Earn Your Keep
Added a drawn image to Too Much
Redid a bunch of story flow