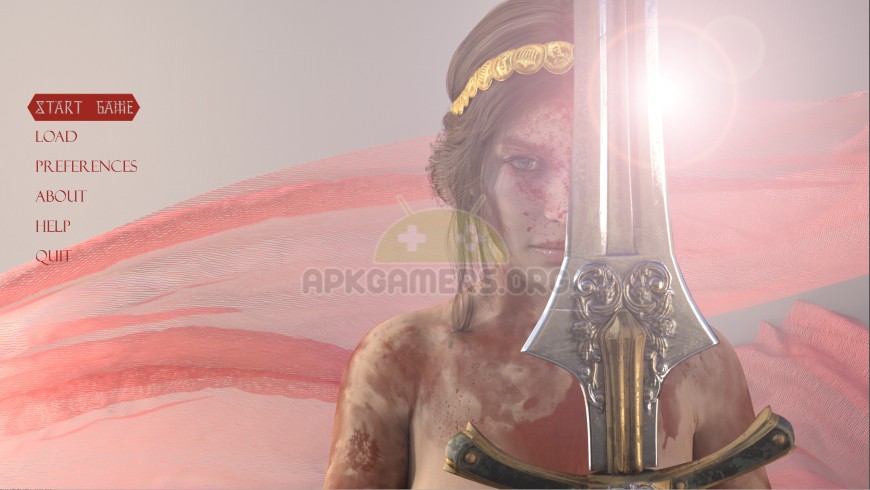 Vis APK Android Adult Game – You are the prince from the royal family that rules the newly formed Colonia. Your father, the king, has the kingdom on a tight grip, holding power until the last drop of blood is spilled. Embark on the adventure that will shape the known world and beyond, while carrying the burden of a dynasty that is destined to follow you even in death. Every decision you will make will represent the pillar or the downfall of your empire.
Forge, kill, corrupt and rule.
​

Implemented features:
– The main character will have a custom name, set by the player ( mandatory).
– New content.
– Ambient audio for scenes.
– Retouch on some implemented scenes from v 0.1.

Rise of the legend is a build that has the main story as the game from above, plus stories with side characters, that are not crucial for the main plot.
To activate the Rise of the legend story, click on the kitchen that is located in the main hall. The button should be visible after completing the previous update.

Any Floating keyboard is recommended (Gboard)

V2.0
NOTE!
Because it is a new build that continues the adventure from 1.6.1, you will have to click on the Continue adventure button in the main menu. There you will have to select the choices you’ve made in the previous build and input the points you previously had or, as there are no restrictions on what you can choose, you can select a different outcome than you’ve played until now. The game will only consider the selection you made at the beginning of Vis 2.0.
The save game will work only with 2.0 and above. It will not use previous 1.6.1 save games, mainly to avoid conflicts as the developer did a code cleanup with this new build.

Implemented changes:
– New improved build that starts the adventure from 2.0.
– Asset optimization which resulted in reduced size.
– New UI
– Gallery system has been implemented and in future releases, players can gain access to unique pictures.
– A new character.
– Upgraded the models used for the main female characters.
– New adult animation with four of the characters.

1) Karina and Dhara romantic route Y/N:
Romantic interest with Karina and Dhara:
Players can hint to Karina that he has a love interest in her during the camp scene. If the player chooses that, he will have the sex scene, with them in the camp and a bit later in the game, he is going the have a flashback with Karina, while both of them are on the hill (which is currently present in the released builds).
Choosing this will result in a different plot reveal, other than seducing MC’s father as there is still a hint of love for MC. This will also generate a different path, later in the game.
Choosing NOT to have a romantic interest with Karina and Dhara:
If you decide NOT to hint at Karina of the romantic interest, the sex scene from the camp won’t happen, the flashback won’t happen and the plot reveals for the girls will show that they have seduced MC’s father.

2) Morrigan foot licking scene (aka the femdome scene):
There is a menu with three options:
A) Players can go with the original release.
B) The scene can be avoided and have the sex scenes with Morrigan ‘butt’ for this you will need to have at least 2 seducer points.
C) And if you don’t have those 2 seducer points and you want to skip the bootlicking scene, you won’t get the sex scenes with Morrigan.

3) Anete – Optional Decima lesbian scene
– I made this optional as well.

4) Fixed issues in the text.

V1.6:
– A part of the main plot is revealed.
– Major milestone from which the player can choose a permanent path.
– The two religious deities are now fully revealed.
– Improved sex animations, with sounds.

Version 0.4:
This update has a unique story, out of many and we will also meet a new character.I’ve also implemented a new route for the v 0.3 ending with different scenes for that choice.
– New content.
– New character.

Version 0.6:
– New content
– The new beta feature implemented. This will mark the beginning of the free-roaming gameplay. It will be a feature that will need some months to be fully implemented but in the end, I am sure that it will be unique.
– From this update, players will unlock scenes, only if they have the necessary points. So the points gain from the previous updates will be used

v09
– New content. Things are starting to settle up and our hero is about to face challenges never seen before.

– Improved animation. I am starting to improve the idea of animation and so I hope in the end we can have a build that is state of the art.

– Anete route. As Anete is back in Colonia, now we are going to find more about her and also we are going to see how she grows as a character. While developing this I was thinking that maybe there will be players that initially refused a romantic route with her but with this update or with another they would want to change that and start a romantic route. With this update and with others, I will implement an option where you can stick with the choice where you will not have any romantic route with her or you can change that and head on the romantic road with her. Why I did that?! Because I would hate for players to start the game all over so that they can change their option. As a side note, this will be available only for a number of updates. After that, au revoir.

– Fixed bugs. There were some visual issues that I needed to take care of.

V1.0
– Fixed a blocker that prevented some players to proceed further into the main campaign.
– Fixed minor bugs.
– Added multiple answers for Liliana’s riddle.
– New content that will set things into motion for the Prologue ending.
– The possibility to start/reject a romantic route with Liliana

V1.1
– New content that will set the things in motion for Chapter I. There are three major events where you will decide the outcome.
– A small preview of what is about to happen from chapter I.

V1.2
– New content that will reveal a small part of the plot, alongside some of the most powerful enemies.
– Actions in this part, will reflect on the next update that will be related to religion and deities.

V1.4
– New story content.
– First part of the sandbox, implemented. This contains the economic engine, day/night cycle, edicts, brothel, and the army management.
– Introduction to the first courtesan. Her name is Julia.
– Fixed a bug related to one of Liliana’s scenes.
– Status now has visible values.

On
Reply to  ADMIN

Than k u very much