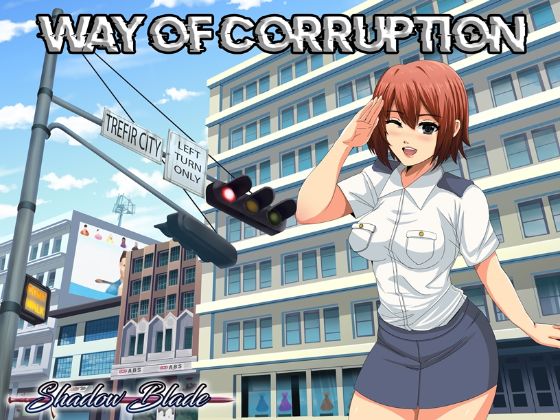 Way of Corruption APK Android Port – Discover the beginning of a story that deals with the corruption of a government and the constant corruption of our protagonist who seeks to stop them.
Our heroine will constantly be in perverted situations in order to achieve her goal.​

v0.11
Sexual sounds were crashing the game (I’m still investigating why) so I decided to remove them.
Nora’s new sprites are only visible if you start a new file (Something I don’t recommend, because there are still more sprites in the future that will force you to restart the game again; like Nora’s battler and Judith’s sprites).
The small combat section is a test, it’s the first time I’ve done something like this, any comment is welcome.

v0.06 A
Monthly new scene
I finally changed the damn markers, only 0.06 has them, if they work properly I will use them with the whole game.
Changes in the profile menu (more info about Nora).
I’m getting ready the menu for a future combat system.
The new maps of enterteinment district and NPC’S.
The long awaited H-stats is finally here and functional.

v0.05
Monthly new scene
Correction of different points marked by the players: type of laughs, details of the maps, etc.
Incorporation of new portraits for Nora in the new content.
Correction of spelling errors (Some mistakes were from the very first version).

v0.04
Monthly new scene
The city has npc!!!
New map: Entertainment District
You can adjust Nora’s movement speed (experimental) in her room
You can use your save files of previous versions (experimental)

v0.02
New option to see or not pubic hair in the protagonist.
New Menu.
The monthly new scene.
Correction of spelling errors.
Now you will be able to advance the doctor scene no matter where you speak from.

How to get Nils house