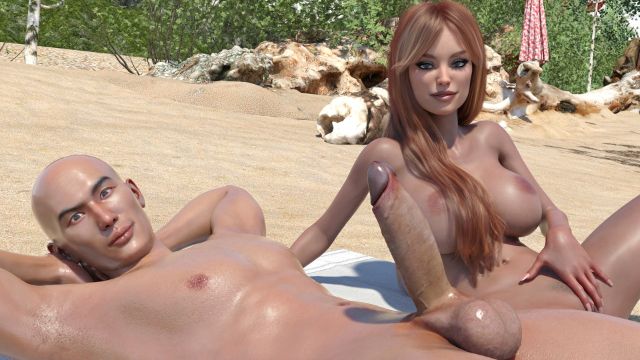 Dear friends, the day has come! It is with great pleasure that I present you a demo of my new project. Some may consider it to be a remake of my very first game – “Bright Future”, that many of you liked. The new game is called “Bright Past” and is also based on the concept of an open-world sandbox with a main storyline. However, this time we are doing it on a completely different level! In the current version you can meet the main characters, learn about their background and game setting in general. As you can see in the screenshot, the game will take place in the modern world. The main character will be a girl. The genre of the project can be described as a sandbox with elements of the quest an RPG.​

Saves from previous versions to 0.8 are not supported

v0.92.0
Continuation of the plot. The love triangle in Kian’s life.
New level of cam modeling (very hot)
Molly’s piquant secret from the casino and a nice gift from her.
Will Valerie and Alex remain friends or will they become something more?
Now Alex has the opportunity to practice yoga at home with Valerie. After completing the Penelope branch, you will be doing it naked.
A new opportunity to go for a massage in a beauty salon, as well as watch hot additional services for men.
Completely new appearance of the secretary Tina, including all the old scenes with her.
New character – Qian’s wife.
New toy for Alex. Currently used only for the quest.
Qian’s office is available at any time
1 new bonus card.
Fixed some old bugs (including bug with apples and rain)

v0.90
Attention! The new content has not yet been translated into German. I’m sorry for the inconvenience.
Attention 2! Cooking in the kitchen may not work on older saves. I can’t fix it yet. All is well in the new game.

The game supports save version 0.80 and higher.

Bright Past 0.90 (announcement)
Alex can now work in Hot Arctic.
New uniform for a new job.
A new level of webcam work (including 2 animations)
Barbara “takes revenge” for the incident in the kitchen.
Alex helps Jill get back to normal. Will she succeed?
Alex and the band are invited to the radio.
The beginning of a future relationship with one of the male characters.
+ 1 sexy new NPC in the Hot Arctic.
Alex’s new erotic dream
Casino staff room + mirror + dressing scene
Alex dressing scene before the basketball game
One of the characters has a twin sister.
Separate button for calling a taxi.
Early Wake Bonus + Morning Image
Jane will talk to you personally instead of the first call if you are in a cafe.
2 new images in the intro.
The café uniform hat has been completely removed.
Images of Alex in uniform have been updated.
A help menu with basic symbols has been added.
Alex will smell bad after work.
1 new bonus image with Valerie.
Animated rain while riding in a bus, taxi and car.
Some fresh images in the scene with Valerie and pizza.
Hotkeys for some menus (Q – NPC menu, M – mood menu)
Lots of UI fixes
Updated scenes:
A conversation between Alex and Barbara on the couch.
Work in a cafe
Diary reading
Visiting Jill’s house during the rain.
Driving a car
Updated locations:
Living room (total overhaul) and watching TV
Paris’ new office (total overhaul)
Beach
Bus stop near the house
Updated sprites:
Naked Barbara
Valerie and Ruby’s tennis sprites have been updated.

v0.89
Continuation of the main story and Rick’s love affairs.
The next level of webcam show.
Unexpected meeting in the Glory Room + 1 animation.
Hot chatting with Ruby.
Animated rain.
Christmas decoration (can be turned off in the UI menu)
Updated kitchen cleaning event with Barbara.
Updated cooking system.
1 new food recipe.
Several new food items and soda.
Collectible pickup notification.
A usable washbasin in a cafe.
Jill will be at Michael’s house.
1 new achievement.
Many minor fixes and improvements.

v0.2
Penelope will suggest that Alex stay for an extra lesson. Animated scene is attached.
Continued webcam stories. Is it Alex’s turn?
Play basketball with Rudo and his friends. And not only basketball…
Alex can get a job at the casino. She will have to look good.
Uniform attached.
The masturbation scene in the room is replaced by an animated one.
Excited Alex can masturbate in the solarium.
A younger sister will come to visit Alex.
A vending machine appeared at the hospital. There you can buy a chocolate or cereal bar and eat.
With high courage, Alex will be able to walk around the house in his underwear.
The wardrobe has been redone.
Alex can wear stockings, which gave Barbara.
2 swimsuits and a beach towel are added to the clothing store ..
Beach added. Alex can swim and sunbathe there.
Accidental meeting with a pervert attached.
On the beach you can meet Jane.
A basement appeared near the house. You will have to find the key to it.
In the beauty salon near the mirror, you can now do makeup
Owl can be found in the library, and Valerie – near the newsstand.
You can buy a coffee maker and make coffee yourself.
A pack of coffee can be bought at the store.
Alex can drink coffee and energy drinks only 3 times a day now.
NPC that have new dialogs are now labeled. (while not working everywhere)
NPC that have new dialogs are now labeled. (while not working everywhere)
New girl now helps Owl in the store.
Wet wipes appeared in the store. They are well help wipe sperm.
You can talk to Barbara when she changes clothes in her room.
4 new collectible cards (total 18)


We disable comments to the public due to high volume of traffic and spam comments, Commenting is only available for VIP members.
0 0 votes
Total Game Rating
Subscribe
Please login to comment
6 Comments
Newest
Oldest Most Voted
Inline Feedbacks
View all comments 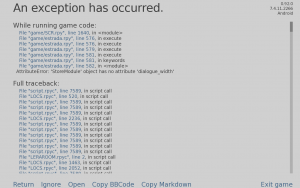