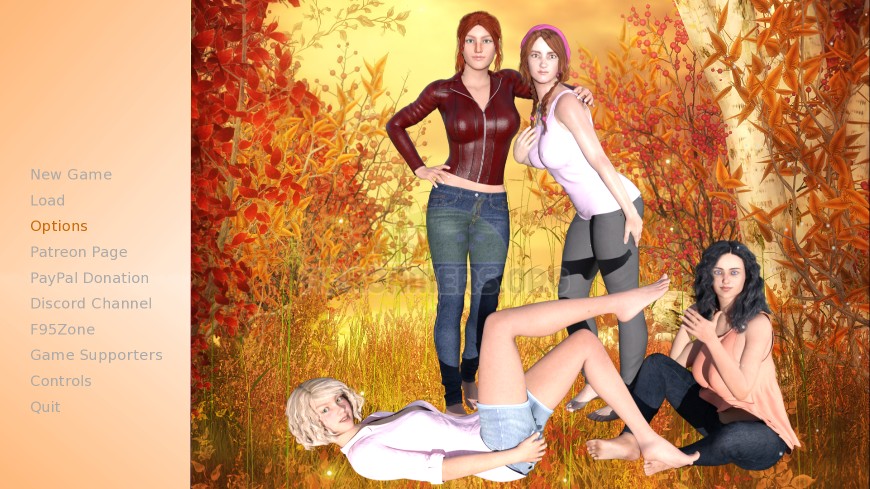 I created this game to celebrate being an active adult game developer for a full year. This game is narrative focused game with combat with JRPG mechanics mixed with a card game and card collecting aspect (you can ignore this if you want though).

You can play as a girl, boy or futa and you can spend the limited amount of days in the game however you like. Train your social stats, hang out with the other girls living in your house or go explore Bright World, a strange world full of monsters.

In this game’s world there is a famous card game called Bright. You and the other girls living in your house are top players of that card game and have just won your first tournament: The Grand Trounament. After that your card collection gets stolen however and you’ll have to start collecting from the beginning to rebuilt you lost collection.

One day you and the other girls wake up holding unique Bright cards though. Each card has an image of the person it belongs to printed on it and you discover this card can teleport you to a world called Bright World where you can use your Bright cards to fight monsters. One of those monsters, Despair, seems to have taken something precious from you though: Memories. Now it’s your job to get them back, no matter how many hidden secrets Despair might reveal about you and the other girls.

Features:
– 1920×1080 Full HD images
– Background music from Persona 4 & Persona 5 to unlock in the game
– 3 girls to date
– A house and town to explore
– Slice of life gameplay
– Social stats
– Option to play as female, male or futa protagonist
– A JRPG-esque card game and over 130 cards to collect
– Various modes to play the game on, including ones that skip the JRPG-card combat for those who do not want it
– Full cheat menu that allows you to alter combat difficult and player gender at will
– The ability to easily add your own cards to the game