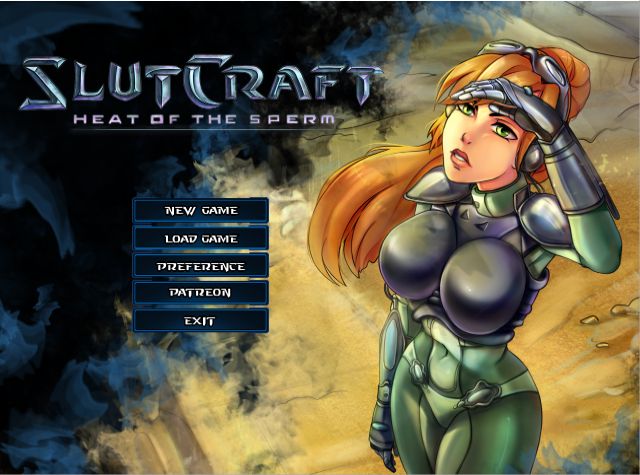 Download SlutCraft APK Android Full Game version 0.30.1 For Free – SlutCraft: Heat of the Sperm Android is an Adult Game for Android Download APK For Free. SlutCraft is a VisualNovel Adult Game. Download now in our site with no payment and full free to download, Visit AndroidAdult.com for more Adult Android Games.

It seems like Sarah Kerrigan was a loyal member of Sons of Korhal and obeyed Arcturus Mengsk’s orders to every syllable just yesterday. But who would’ve thought that Mengsk didn’t forgive Sarah for killing his father.
Because of his plots and betrayal, a secret operation on Tarsonis, the capital of the Confederation, turned into a bloodbath and a ‘captive’ status for Sarah herself, but as she found out later, it was just another hard way to promising new opportunities. Opportunities to become stronger. To get revenge. To get some pleasure…
This is a story about Sarah Kerrigan’s path from a loyal soldier to a powerful (and sexy) Queen of Blades.

Let’s now talk about the changes in more detail.

Added: Mute buttons for music and SFX, it’s an obvious feature, perhaps you have to focus on something else for a moment, reply to a message, dragging bars is rather inconvenient, and we also found ourselves using these buttons a lot.

Added: Enter hotkey to confirm a choice. Also an obvious feature, but adding it late is better than never. This is also a minor improvement to help with Yes/No choice menus, pressing Enter will now be the same as choosing Yes.

Fixed: one of Sarah’s clones somehow survived and closely watched her during the Feeding 2 scene. It goes without saying how weird that looked… and where did these clones even come from…

Fixed: another clone broke free and stalked Sarah when she was satisfying the Zergling’s need. Is this a rebellion?

Fixed: no more fractions in translation progress — only integers, hardcore mode! I don’t think anyone cared about the precision of those numbers anyway, but now the menu will look better!

Fixed: inability to reach the alt ending without the bonus code
Fixed: the zergling’s shadow sometimes disappearing during “Little shenanigans”
Fixed: decreased amount of sperm in the hydralisk essence scene a bit (we were a bit too enthusiastic about it at first)
Fixed: the first Confrontation scene no longer has the distracting HUD
Fixed: during the “Food” event Stukov now comes on time (sorry, his clock was running late)
Fixed: fixed some text inconsistencies in both Russian and English texts
Fixed: Sarah wanted to sleep, but couldn’t, but refused to do anything else (Sarah might be lazy sometimes, but now she’s more responsive)
Fixed: in the Tentacles level 2 scene the “to be continued” text was moved to level 3

The update turned out to be smaller than usual, but we squeezed everything out of ourselves to finish it in time as a gift for New Year’s Eve. There is another important point: at the moment most of the innovations in the game (namely functions and systems) are not completed and are in the so-called WIP-mode. This is not the final version and it is possible that in the future, we will radically rework them, if necessary. Feel free to leave your comments on what to leave like it is now, and what to revise or modify – let’s make SlutCraft better together!
But at the end, let’s take a moment and talk about what’s important. This year was really not easy, one might even say difficult. Some may not have felt the change, but 2020 has been a challenge for most. Of course, we hope and believe that you are doing well and are not experiencing difficulties. And of course we would like to wish you all the best in the coming year, health, the most important thing in our time and to be strong.
We sincerely thank you for all the support that you gave us during the 365 days of this year and see you in the next, new year, 2021. So many interesting things await us, and we look forward to sharing our thoughts with you. In the meantime, we wish you a good holiday.
*Add a gif of a firework here (Arthur, remember to paste the pictures!)*

Devil In The Details v1.3

Divergence: Beyond The Singularity v0.18.1