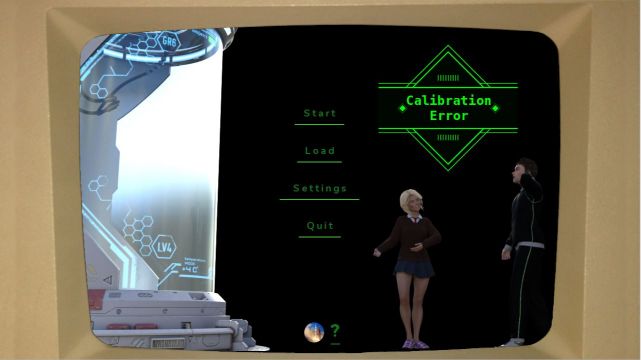 Calibration Error is a comedy/sci fi/smut story of science gone wrong. Hijinks ensue after an unlicensed, inadvisable experiment that leaves the main character in a body not quite normal. Is your friend Emily, the inventor of the machine, really trying her hardest to fix it? Will you manage to return to normal? Or maybe you’ll end up having sex with anyone around you who breathes. The choice (as long as the choice is one I wrote in advance) is up to you!

0.76:
Pasage advancement is now handled with the arrow keys instead of any key.

0.7:
Story:
Added Lab Visit 7 (25,000+ words of content)
Emily scenes outside the lab now cnahe based on your “attitude” towards her
50+ new renders
Mobile version obsolete, regular release should work fine on phones

Card game:
Card game now has “levels”
Highest level goes up to TF 100 and has a boss at the end
Added 25 new cards
Lots of gerneral improvements and bug fixes

v1.2
Fixed a choice directing to the wrong branch on rare occasions
Fixed some typos