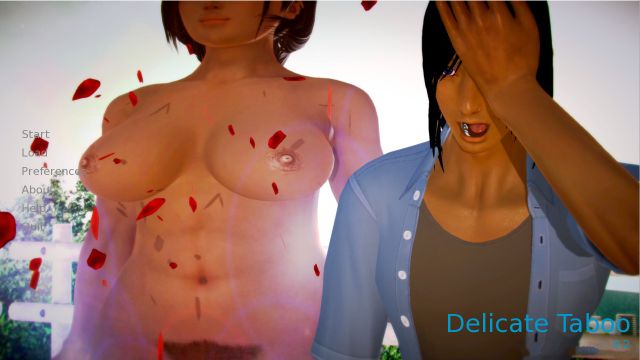 The day after Johny turned 18, he was witness to something that changed him… or not.
It’s a story about multiple family members and how their choices reshape the way how they will end. They are 6 family members in total. Each male member would have at least 2 LI and your interactions with them will define the ending, which could be very bad or very good (or anything in between). It will have multiple “game over” that could be seen as tragic, but if you play your cards well enough, you can keep your adventure going without many issues.

Fair warning, it’s very amateur and it’s the first VN I ever made – Rando Civ

v.0.9:
– Debut of new Patreon and Discord! Find links on the main menu and in the About section. If you enjoy our work, then please consider supporting us!
– New path for Gwen/Michelle rivalry. Access path by starting with either Gwen or Michelle. Path will change depending on the girl.
– Added new scenes for Marion and Alex in Michelle’s path. Outcomes for each will change depending on whether or not Marion cheats with Richard or Alex cheats with Sabrina.
– Added new scenes to Michelle’s path, including an option to avoid the controversial sharing scene. When offered the choice to disclose the MC’s relationship with Lucy to Michelle, choose to keep it a secret.
– Added new Prologue and Opening scenes
– Remastered scenes for Michelle, Gwen, Eve, Lily, Lori, Marion, and Lucy.
– Debut of Eve’s new, improved, and much hotter model! (scenes with her old models will be updated in future releases)
– Added 6 new endings (3 endings in Gwen/Michelle path, 2 new endings in Michelle path, 1 ending when no girls are chosen)
– Addition of 7 new easter egg hunts for hidden images. 8 new custom artworks
– Added hidden artwork to Gallery
– Complete recoding of the game. Old saves will no longer work and have been removed. We know it sucks and we hate when it happens to games we play too. However, this was necessary to clean up old code and to support future plans for the game.
– Removed and rewrote content that was against Patreon’s TOS.
– Added Gallery lock/unlock option. Go to Preferences to unlock Gallery.
– Made various UI improvements
– 850 new images
– 20 new animated scenes (141 total) comprised of 124 new individual animations (1089 total)
– Game totals: 7993 images, 141 animated scenes comprised of 1089 individual animations, 41 possible game endings

v0.7
– Continuation of Eve’s path
– 610 new renders
– 45 new animations
– Addition of Gallery (50% of scenes have been added)
– Re-editing animations so players may click through scenes at their own pace (50% of animations are completed)
– Reduction of game size

v.03
Added 5 new paths.
Added more than 25 animations.
added at least more than 10 new characters.
Removed Roger entirely from the game because I don’t feel like he fits the plot anymore.
Made Lori a romance option.
Added a grandma path.
Added a divorced Mom and Dad path.