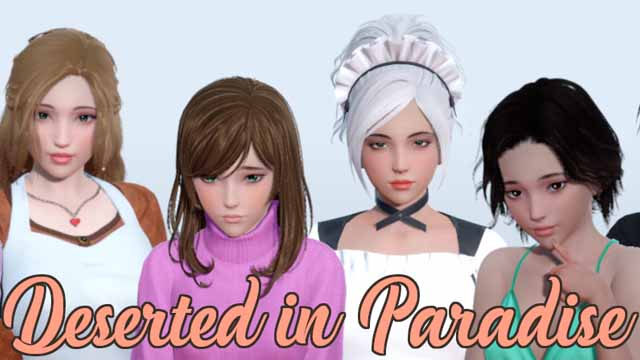 You’ve been invited to the manor of a mysterious man named Mr. Evans, who claims to have a job opportunity for you. After arriving, you discover that he’s nowhere to be found, and you have no way off the island. The reason for his disappearance and why he brought you to the island is unknown, but the good news is you’re not trapped on the island alone.
Spend your time how you want. Build your relationship up with each girl to progress her story and events. The game is currently in its first release version, but already contains over 800 images, and all 10 girls have at least 2 events each.​

Possible Additions (depending on community interest):

v0.2
New:
• New events: Nami, Carina
• New repeatable scenes: Nami, Carina
• Eating no longer advances time (can be done once a day).
• Interacting with the bed (day time) allows you to advance time to refill all energy.
• Changed how drinking works (gives a temp boost to brave, but doesn’t advance time)
• Added clear indication when you reach the end of each girl’s current events.