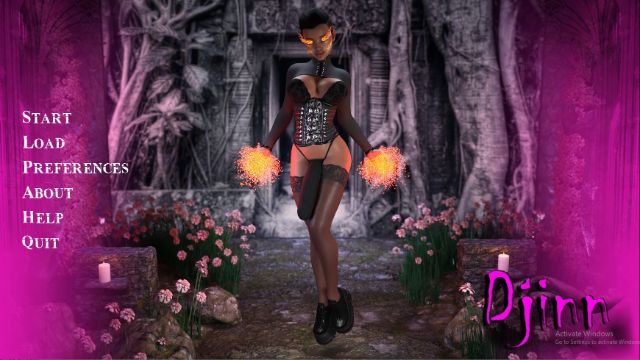 The MC is an ordinary girl, if ordinary girls had a dick and balls parked above their woo-hoo’s. The MC is also in her last days of high school and is on a field trip to an Egyptian art museum when she draws the attention of one of the museums longest residents. The MC is lost and the Egyptian goddess Bast has taken a liking to her and decides to bestow her blessing upon her, with a catch. You see, the time of the gods is coming to an end. They have been forgotten and as a result, much of the power they gained from the worship of their followers have been lost. As such Bast has been reduced to the status of a minor deity, at best. She also happens to be a prisoner of the museum, her existence is tied to the Egyptian art exhibit and she has gotten very lonely. Her escape comes in the form of becoming a familiar of sorts for the MC, This is gonna be hard to explain when she gets home.
At the same time, the MC’s (Mother) is having trouble at home and at work. His wife no longer shows any interest in him and their love life has become non-existent. Also he has an incredibly dangerous boss. He happens to be a bookie for a crime lord named Kingfisher, but like a dumb-ass he has been skimming the books. It’s something that he is going to pay for very soon. The thing is that his new debt is gonna be paid by his wife and (Daughters) in his stead. It’s up to the MC to step up and become the new alpha or let her (Mother) deal with it, as long as you have no problem with her becoming Kingfisher’s piece of meat. And believe me, Kingfisher likes to share his meat.

It doesn’t look like much but it’s around 200 images in total.

Landlady Abduction Aftermath Conversation. (Triggers in the evening when the Landlady is in her room reading.)

Morning Sex Busted and Sharing Conversation. (Triggers in the morning after the kitchen Sex.)

Maid outfit for the MC’s landlady.

Spanking scene with the MC’s landlady.

Added Platnum Patrons names to About section of the game.

v1.01
Spelling errors, (A lot, I know English is my first language but sometimes I write like it’s my third.).
I fixed the error with not having the option to loan your roommate cash, also something you may not know is that loaning her increases her corruption and currently there are two variations of the money loaning scene. The second is triggered when her corruption is above ten.
I reworked the landlady’s questlog to fix continuity and make it easier to follow. I also went and elaborated on the stages that said “The next stage of this quest will trigger automatically.” Now there is a time frame of when the events will trigger.
I also found some images that I forgot to replace from the old game, so I have corrected those. Namely the stripping scene for the landlady when she works the pole on friday night. Also I made it so that before she goes to working the street corner you will be prompted to have a talk with her in her room, this includes when the player doesn’t have the money to pay Fisk and she has to begin stripping.
With that I think I’ve pointed out all that I’ve changed, I’d like to thank again all the people that helped me beta test and all the ones that reached out to me to share what they had found. I know I’m supposed to be the creator here but I really want people to feel like this is “our” project. If ever there is something you feel like is wrong or if you have any ideas for future content feel free to message me. I’ll come up with more polls to give people a chance to share their thoughts. Thanks again everyone.]