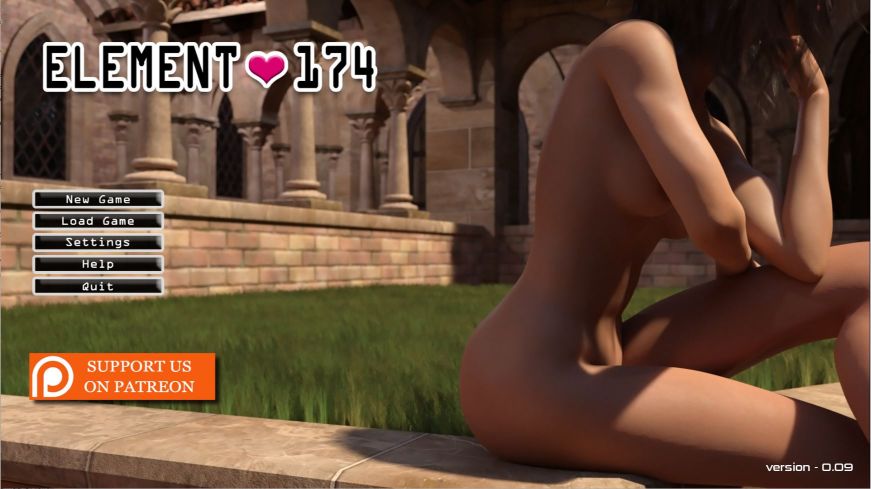 Element-174 APK Android Port –  is an adult sci-fi visual novel with a focus on choices and how our decisions cause ripples in our story. You play the role of the main character, a man who has just been accepted into Branchfield University. As he meets the various students and faculty, a mystery unravels which will change him and those around him forever. “Who will you choose to be?”

This game is designed around a deep and engaging story. Every choice you make will lead you deeper into the narrative with no early “game overs.” There are 16 possible character routes available that play out simultaneously and even interconnect. Your choices will influence which characters will open up to you or may become your enemies. Due to these branching paths, this game will meant to be replayed in order to experience everything. New updates will be released about every 2 weeks. Each “episode” of the story will consist of 7 in-game days with 4 episodes planned.​

v0.17
Hello, everyone! It’s time for another update in the world of Element-174! This update is pretty straightforward with lots of new scenes added for Day 11. The Chloe scene in particular is one of the longer ones and contains a bit of plot and sexiness. A few other changes have been made to the game to add a little more polish. Here are the changes this update:

As for what to expect next, a trailer video is currently in the process of being developed and should hopefully be released before v0.18. There are still several features that we would like to see implemented if we catch up on content, as well. However, these updates are still fairly large compared to the first week of the story and the branching routes and outcomes are only adding more dialogue. Not that it isn’t great to see all the variations that can occur across all the playthroughs! One new feature to expect for the next update will be a more focused guide on all the various sub-routes. More information will be provided during the development update, but it will involve detailing which girls will share common routes. Until next time!

v0.19b
Here’s an update with a few bug fixes as well as a new feature: the replay gallery! This feature allows you to replay the ero scenes

ShotaOne Island! ~This Girl’s Breasts are Mine!~ [Completed]