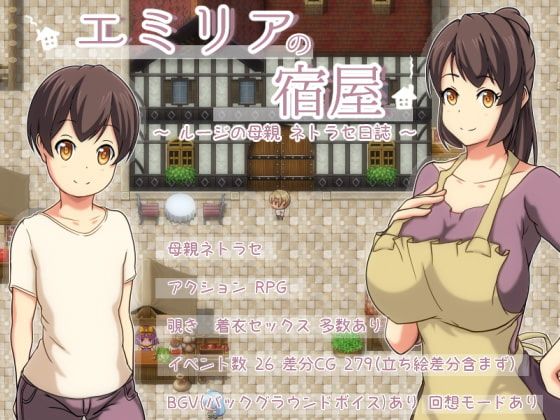 They were adored throughout the community,
and the inn was a popular place of gathering.

One night, Ruji tells his mother that
“I want you to have sex with other men!”

Emelia was hesitant, but ended up listening to his demands,
and begins having sex with men that Ruji chooses but…

– – – Characters – – –
Ruji:
The protagonist. He works hard to help his mother run the inn.
This makes him popular among older women.

Emelia:
Ruji’s mother and the owner of the “Emelia Inn”.
She has a cheerful personality and is loved in the community.
She wants Ruji to become more masculine.