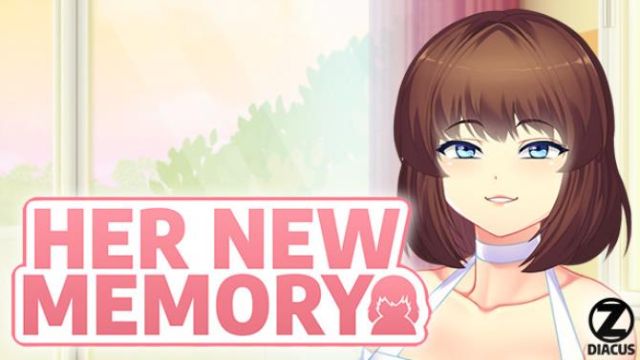 Her New Memory APK Android Port – One day, you find a shivering, barefooted girl in ragged clothes knocking on your door. She has no recollections of her past, and she doesn’t even remember her name. You can help her recover her memories or let her stay at your side forever.

Fixed a bug in which an error appeared in the messenger.

Fixed a visual bug in the ‘Doggy Style’;
Minor fixes;

Fixed a bug that caused the game to crash in the shop menu;
Fixed a visual bug in the global map;
Added new Steam achievements (3);
Minor fixes;

Redrawn the girl’s sprite;
Improved many CGs;
Redrawn the eyes of the girl in most CGs;
Added new H-scene “Thighjob in the Waterpark”;
Added 7 sexy bunny costumes;
Added option to get a dog;
Added the ‘Adopt a Dog’ Event;
Added 3 breeds of dogs;
Added new CG-art “With the Dog”;
Added ‘Proposal of Marriage’ event;
Added wedding ring;
Added global map;
Added 4 new cars;
Added a second garage slot to use;
Added option to exchange an old car for a new one;
Added a drop in the price of the purchased car over time;
Added final part of the event “Sister’s Arrival”;
The number of presets has been increased to 9;
Minor fixes.

Fixed a bug in which players got stuck in the messenger;
Improved messenger optimization;
Minor fixes;

Fixed a visual bug in the Sex on the Beach scene;
Fixed emotions in The Reverse Сowgirl scene;
Fixed a bug in which the girl could choose an unavailable type of sex;
Minor fixes;

Added an option to automatically win the Cooking minigame level if you lose more than 2 times.

Hotfix (v.0.7.02)
Fixed the wrong hair color of the girl in the chat history in the messenger.

Hotfix (v.0.7.01)
Fixed a bug that caused the game to crash when displaying the messenger;
Fixed a bug in which the player could skip the event with sex in the woods;
Typos fixed.

Hotfix (v.0.6.75)
Fixed a bug due to which the achievement “Pretty in Pink” was not awarded.