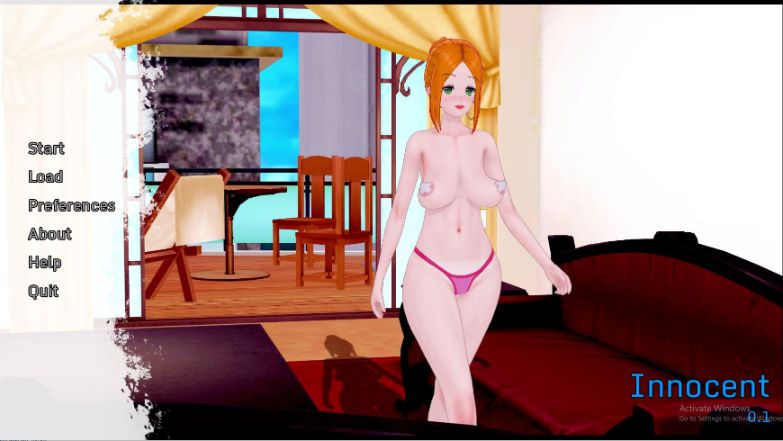 The son (you) came back from arduous training in the mountains to better his body, discipline and determination. After three years, you moved back to your family in a small town. You work from home as a programmer and live together with your mother and her two home-schooled innocent daughters. Everyday is a different day and you will get to know more about your seemingly innocent family!​

v0.1.3 Beta:
This update is small, but necessary for later story progression. It is dedicated to Sakura but also includes a few scenes for both Hitomi and Asuna.

v0.1.4 Beta:
John is finally able to take the ladies outdoors! Go shopping for clothes or visit the beach! You’ll be introduced to two new characters who may know John more than you’d think!

Meet your aunt and her daughter! Both have a story that goes back quite a few years with you, this is the pre-lude to what is coming next…but still it is hot!

Prologue:
Ever since John got back home, he has been helping Hitomi one way or another. Be it mental support by just being there or helping financially. Hitomi feels like John is now someone she can depend on, someone that can help her shoulder her responsibilities.

Hitomi is a strong woman and John, well…he seems a bit unpredictable at times but even so he has been a tremendous help to her. That got her thinking, thinking about their days ahead leading her to enter John’s bedroom….

*Uploadhaven stopped working for me thus that is mirrored to both Anonfile and MediaFire.
**All my releases are compressed (-50% file size) while retaining 100% quality (lossless, JPEG/MP4->Webp/Webm). The Android release is compressed to -86% file size with 80% quality.

*The game itself has final in the name, but this game is on-going! I am sorry for the confusion*

Many have not been able to see the previous content including Hitomi’s story-progression. With this update, you will!

v0.2.3.1
This update brings stuff for both your sisters and mom!

In this update you will learn mostly about Asuna, but you can take your mom to the hot-springs and take Sakura to the karaoke! Also, a little bit of exhibitionist stuff is in there! The bonding between each other is growing steadily, but could there be more than meets the eye?

The game has now in total:

Ayano and Yuri are mother and daughter. Both seem to like you but in different ways. What will happen this time? With Ayano, you know that there is more than meets the eye. However will the relationship between Yuri and you stay innocent or is there more to it?

At home, Hitomi is feeling restless and having sleepless nights. She has already visited you once during the night, but was it really just once?

Starting from this update, story progressions of characters will be labeled with a level. For example: Level 1, level 2 and etc. This can be checked by clicking on ‘progress’ and it’s written behind each characters name.

The game has now in total: